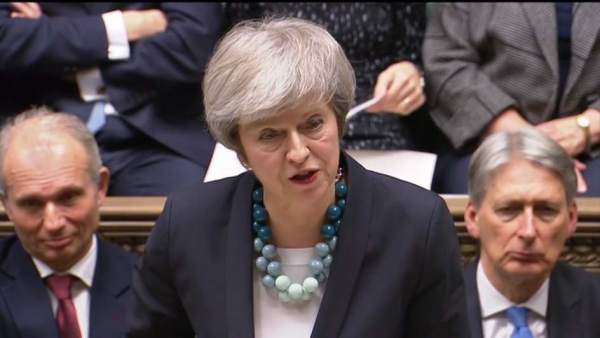 A ‘brexit’ without an agreement would subtract more than 9,000 million euros from Spain’s GDP in five years

The Bank of Spain calculates that in the event of a “brexit” without agreement and disorderly, the growth of the Spanish economy would be reduced by just over 8 tenths after five years. That is to say, some 9,000 million euros. The entity has published this Tuesday the document “Brexit: balance of situation and perspectives”, in which it explains that the reduction of the level of employment would be similar, with accumulated losses of up to 0.8 percentage points in five years. According to this report, the costs for the Spanish economy derived from the “brexit” could be significant, depending on the scenario that finally materializes, but “probably not disproportionate”.

The report points out that 70% of the total impact on the Spanish economy would correspond to the direct consequences on bilateral trade with the United Kingdom, while the rest would be explained by the effect of the brexit on Spain’s other trading partners within the European Union. In terms of the components of GDP, the greatest impact would be on the advance of exports, which could subtract around 2.65 percentage points.

The impact on imports would also be significant with a drop of 1.78 points. Within domestic demand, the effect on investment could be substantial (1.15 points less), while it would be more moderate in the case of consumption (0.4 points less). Different scenarios, different consequences In an alternative “brexit” scenario without an agreement, but with an orderly exit, the Banco de España calculates the reduction in GDP and employment at 5 tenths of a percentage point. On the other hand, in a hypothetical exit situation with a commercial agreement, the effects on the Spanish economy would hardly be noticeable.

The Banco de España states, however, that the results of the simulation must be taken “necessarily with caution”, given that the estimates have not taken into account the contingency measures that have been adopted by the governments of the EU countries.