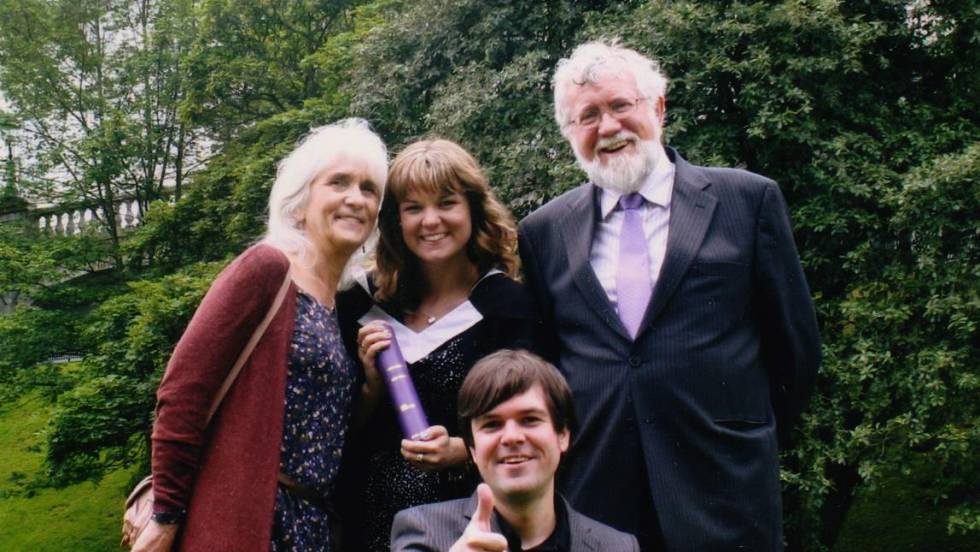 A woman unable to feel pain

The Highlands of Scotland are full of legends of fairies, werewolves and mysterious creatures under Lake Ness, but this story is real. At Raigmore Hospital in Inverness, the region’s capital, they still remember the day when a 66-year-old woman walked through the door to have a wrist bone removed from the base of her thumb due to osteoarthritis. “You don’t have to give me anesthesia because I don’t feel the pain,” the lady smiled to the anesthesiologist, Devjit Srivastava. He disbelieved, followed the usual protocol and put his patient to sleep, but remained thoughtful. What if it was true?

And it was. An international team of researchers presents today, Thursday, the case of Jo Cameron, a woman “happy, happy, optimistic” and with “insensitivity to pain”, characteristics produced, according to scientists, by two mutations in her genome that cause her to have almost twice as many endogenous cannabinoids in her brain. “It’s a lot. This makes me ridiculously happy and it’s annoying to be with me. People like to be sad,” Cameron jokes on the phone.

After that painful operation, the anesthesiologist Srivastava set out to be attentive to that woman. He observed that they were administering a single dose of paracetamol, “possibly as a routine”, and Cameron did not ask for more, he still remembers astonished. The doctor tried to pinch him, as if nothing had happened. The questions began.

A year earlier, Cameron had undergone another surgery to replace his hip with a prosthesis. He also didn’t feel pain, he said. “I burn often in the kitchen and don’t find out until it smells like burnt meat. I have a lot of scars on my body,” she explains over the phone. “It’s not a good thing. This has its advantages and disadvantages. The pain warns you that something bad is happening. And I don’t know.

Srivastava sounded the alarm to other colleagues and the unusual case reached institutions such as the universities of Oxford, Cambridge and California. His study, published today in the British Journal of Anaesthesia, points to the alleged causes of Jo Cameron’s painless happiness. Each human cell works thanks to an instruction manual of 3,000 million letters. A paragraph in that tiny book controls the production of FAAH, an enzyme that degrades anandamide, a chemical compound that in turn enables natural communication between neurons in the brain. The name anandamide derives from the sensation it produces. Anandamide, in Sanskrit, means happiness. It is considered an endogenous cannabinoid because its effects are similar to those of the cannabis plant, marijuana.

The researchers believe that Cameron – now a 71-year-old retired professor – inherited two mutations in the area of the human genome that is instructed to remove anandamide. “The abundance of anandamide […] in the brain because of its genetic defects makes it feel no pain,” Srivastava sums up.

The anaesthetist remembers that, for example, in the event of a burn, the body sends electrical signals through the nerves to the spinal cord, which processes this message and transports it to the brain. “The signals that reach the brain form the experience of pain, but this sensation depends on genetics, emotional state, hormonal state, expectations, previous experiences, and other factors,” Srivastava notes. The natural overdose of anandamide in Cameron’s head would dilute that painful message in the brain.

“It’s an amazing story. I am privileged to have been able to look out over the structure of nature,” celebrates the anaesthetist who happened to run into the case at a hospital in the Scottish Highlands. A photo shows Srivastava and Cameron together in the practice. She appears chewing ultraphic Scotch Bonnet peppers, known in some countries as fireballs. “Mrs. Jo can eat them without feeling any burning sensation,” says the doctor with astonishment.

“Our ultimate goal is to find better treatments for millions of people with chronic pain,” says James Cox, a molecular biologist at University College London and co-director of the study. His team is now working on the genetic editing of human cells in the lab to try to replicate Jo Cameron’s mutations and better understand their effects.

The researchers remember that the road to new treatments will not be easy. As early as 2001, U.S. scientists showed that mice genetically modified not to generate the FAAH enzyme had high amounts of anandamide, the substance linked to happiness. However, recent clinical trials with FAAH inhibitor compounds have failed. In 2016, one of these experiments ended in France with five serious people, one of them brain-dead.

Nevertheless, Jo Cameron is looking forward to the future. “There are a lot of people who feel a lot of pain. I would be very happy if my genetics helped find a natural way to reduce their suffering,” he says. It couldn’t be otherwise. Cameron has optimism in his brain.