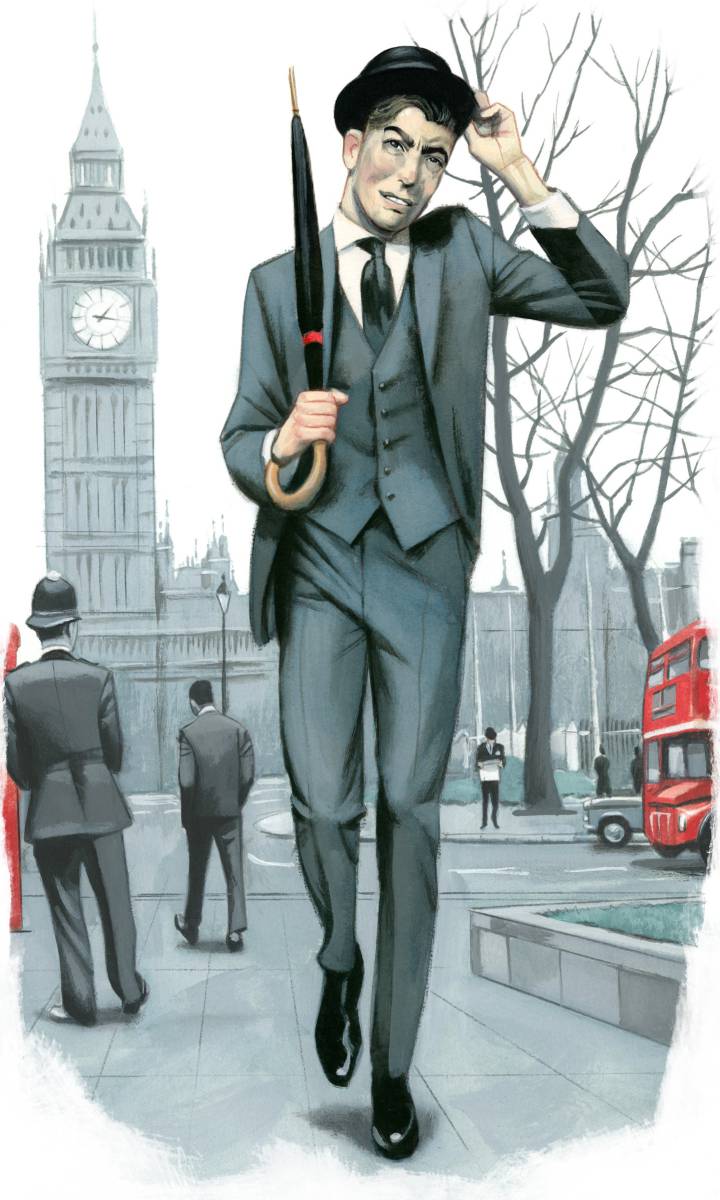 An immense and sad city

I first came to London in 1967 to teach at Queen Mary’s College. It took me an hour on the subway to get to the university from Earl’s Court, and another hour to get back, so I spent those two hours preparing classes and correcting students’ work. I discovered that I liked teaching, that I did not do it badly, and that I learned a lot by reading, for example, Sarmiento, whose essay on the gaucho Quiroga has since become one of my bedside books.

The London of those days was very different from Paris, where he had lived for the previous seven years. There was talk of Marxism and revolution, of defending Cuba against the threats of imperialism, of putting an end to bourgeois culture and replacing it with another, universal culture, in which the whole of society felt represented. In Great Britain young people were disinterested in ideas and politics, music became the leader of cultural life, they were the years of the Beatles and the Rolling Stones, of marijuana and the extravagant and striking attire, of hair up to the shoulders and a new word, hippies, had been incorporated into the universal vocabulary. My first six months in London had been spent in a remote, placid district full of Irish people, Cricklewood, and then, unwittingly and unknowingly, I rented a cottage in the very heart of the hippy universe, Philbeach Gardens, in Earl’s Court. They were benign and friendly, and I remember the surprising answer of a girl I thought I would ask why she was always barefoot: “To get rid of my family once and for all!

Every afternoon I didn’t have classes I spent in the beautiful reading room of the British Library, which was then in the British Museum, writing Conversation in the Cathedral and reading Edmund Wilson, Orwell, Virginia Woolf. And finally, Faulkner and Joyce in English. I had many acquaintances, but few friends, among them Hugh Thomas and the Cabrera Infante, who had come to live a few metres from my house by pure chance. The following year I had gone on to teach at King’s College, which was much closer to my home, where I had a little more work, but also a better salary.

Carmen Balcells hasn’t had the homage she deserves; she made many scribes move to Barcelona.

In those years I took a lot of love and admiration for England, and I gradually ceased to be a socialist and became what I am still trying to be, a liberal. This feeling increased some time later because of the extraordinary things Margaret Thatcher did from the Government. By then I was reading a lot of Hayek, Popper, Isaiah Berlin, and, above all, Adam Smith. I went to Kirkcaldy, where he had written The Wealth of Nations, and from his house there was only a piece of wall and a plaque left, and in the local museum there was only a pipe and a pen from him. But in Edinburgh, on the other hand, I was able to place a bouquet of flowers in the church where he is buried and walk around the neighbourhood where the neighbours saw him wandering in his last years, distracted, cut off from the surrounding world, with his strange camel steps, totally absorbed in his thoughts.

In my old London home at the end of the 1960s, we didn’t have a television, although we did have a radio, and we went out only once a week, on Saturday nights, to the cinema or to the theatre, because the Baby Minders lady who came to look after the children cost us an eye on the face, but despite those hardships, I think we were quite happy and it’s possible that if it hadn’t been for Carmen Balcells, we would have stayed in London forever. My two sons and my future daughter would be three Englishmen. However, I am sure that I would have always opposed Brexit and would have actively campaigned against such an aberration.

I got along very well with my boss at King’s College, Professor Jones, a specialist in the Golden Age. At the end of that academic year I had proposed that the next week I should go once a week to replace a Spanish teacher in Cambridge who was going on vacation, and I agreed. And in that, unannounced, like an overwhelming wind, Carmen Balcells knocked on the door of my house.

Carlos Barral had introduced it to me in Barcelona, explaining to me that she would take care of selling my copyright abroad. Shortly afterwards, Carmen herself told me that she had resigned from the Seix Barral publishing house because the mission of a literary agent was to represent the authors before (against) the publisher, and not the other way around. Did I want her to be my agent? Of course. Things were more or less there.

In the Mediterranean capital the writers who had turned their backs on each other since the Civil War met again.

What was he doing in London? “To see you,” he replied. “I want you to resign

Published in BREAKING NEWS and ENTERTAINMENT