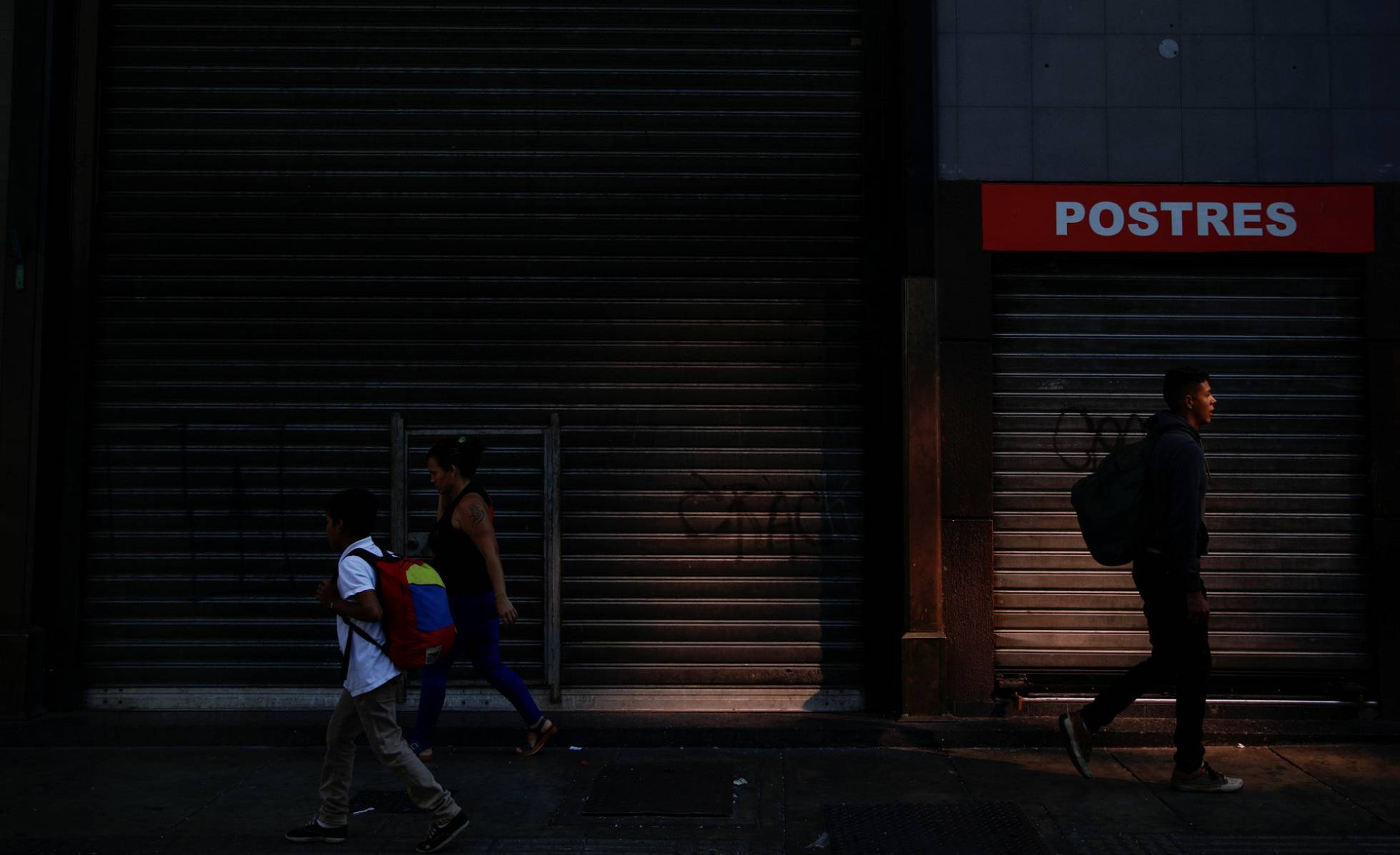 Another day of desolation in Caracas

While the capitals of the world traveled on Tuesday, like any other day, along the roads of an intense, dynamic and busy workday, Caracas was once again in a coma. Recovering as it could from the second-largest blackout in its entire history in just a month. A new day – the tenth so far this year – with no subway service, no school or academic activities, no shopping centers, no work in public administration. No buses and very few shops open. The volume of automobiles in the Venezuelan capital was, once again, similar to that of January 1, with a level of connectivity 87% lower than usual on any other day of the day, according to opposition data.

Caracas was, this Tuesday, kidnapped by a resounding silence. An oppressive, disconcerting, disturbing silence. A silence so thick that it seems to have returned this city, habitually noisy, dense and chaotic, to the dimensions of the stone age. Quietness left the most populated city in Venezuela devoid of its natural metropolitan profile. The capital closed on itself and was sunk in its dense plant environment. The flocks of parrots that live in their mahoganies spent the afternoon every little time, altering the landscape with their joy, leaving messages without content while the afternoon fell warm on that saddened valley.

Many shops, almost all of them, were closed. Some bakeries and grocery stores opened their doors, encouraged by the partial arrival of light. Others did so, even without the service, waiting for their return in the course of the day. The electrical crisis has a delicate impact on the electronic points of sale, the means of payment par excellence in a country that lives under a situation of continuous hyperinflation. Miguel Vieira, Venezuelan son of Portuguese, opened the doors of his business in the afternoon, knowing that it would be a lost time. He could sell merchandise only to the few people who carried cash. He would write down the orders of some neighbors who personally promise to pay for the purchase with a bank transfer when they return home.

The boulevard of Sabana Grande, the most important pedestrian artery in the capital, was empty. All the restaurants in the area, those that survived Nicolás Maduro’s landslide, had their doors closed. Libertador, Casanova and Solano López avenues; Bello Monte, La Candelaria and Los Chaguaramos urbanizations offered a desolate appearance. The semaphores had an intermittent operation. Long queues were formed to acquire basic products. Impoverished children and adolescents killed boredom by climbing trees in search of avocados and wild mangos.

Rows of cars crowded in the Plaza La Castellana, or in the Altamira distributor, looking for open wifi signs. Again there are long queues to put gasoline. And, again, many cars were seen in the foothills of the hill El Ávila, the mountain that dominates the city, looking for water in its streams to be provided.

It was another day in which it was not possible to attend work and in which the economic activity remained lethargic. Neighbors chatted in crowds at the doors of their residences. It was still possible to collect friendly jokes, improvised jokes in the present state of misfortune. In some areas of the city, such as Los Palos Grandes, light was a novelty in one street and an absence in the next block. In the WhatsApp chains, the topic of conversation consisted of offering voluntary reports on the state of the service: it has returned in Montalbán; it is still absent in Macaracuay; it has gone and returned in Santa Mónica, San Martín or Catia?

The desolate aspect of the Venezuelan capital, which can take on ghostly dimensions when night falls, has been consolidated over the years, as the emigration of people deepens, businesses close their doors, cinemas close earlier, parties and receptions are organized in the afternoons and the predominance of the underworld spreads. The strange and deceptive placidity of the city today is, for those who live in it, a bitter paradox. A decade ago, the usual complaints of Caracas residents went in the opposite direction: the kilometer-long queues of its highways; its noisy and turbulent mood; the relaxation of its instances and the difficulty in conquering coherence.

A city in mourning
The chaos of Caracas, a historical constant in its metabolism, has also been reduced to nothing in the years of Maduro’s government. Caracas is dead. At night, the people of Caracas are watching her. The chaos of this city was once kind and festive, carefree and parrandero. A couple of decades ago it became hostile, and at times sinister. That city, which in the seventies shone like a diamond at night, with luminous commercials of all heights and calibres along the route of its highways in a country that was celebrating, today is a gloomy, saddened and austere redoubt. A city that is mourning.

It is nine o’clock in the evening and the light goes off again in some middle class housing estates that had come to believe that the previous return would be the definitive one. There is a general whimper. Some shout and curse. There are indignant insults against the president, Diosdado Cabello, Chavismo. The relief is briefly extended. The insults begin to be extinguished. The protest is extinguished. People are exhausted. Darkness returns. The city returns to silence.

Published in ECONOMICS and WORLD NEWS