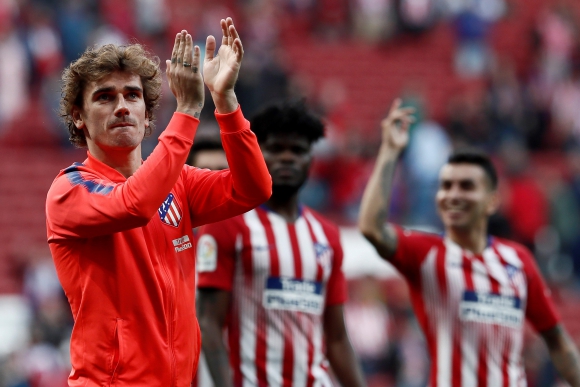 Atlético de Madrid’s effort to prevent him from leaving has its consequences on the payroll of French striker Antoine Griezmann, who in 2018 became the best paid French athlete, according to the list published by “L’Équipe” and in which six of the top ten are footballers and the other four basketball players. The renewal of his contract with the mattress club in the summer of 2018, which involved a significant salary increase, led Griezmann to be placed for the first time at the top of the list, which last year included the Manchester United player Paul Pogba.

According to L’Équipe’s calculations, the Atletico striker went from earning 10 million nets a year to twice that amount, although for his 2018 ranking only six months of the new salary count. Added to this are the sponsorship contracts and bonuses, in particular those won for having been proclaimed world champion with France, to total, according to the newspaper, 33 million euros.

The second position is occupied by the Paris Saint-Germain player Kylian Mbappé, who in his 20s climbs nine positions thanks to the evolutionary salary he has with his club and the advertising campaigns, which have allowed him to reach 24.7 million. Pogba has fallen largely due to the devaluation of the pound sterling, but remains the third highest paid athlete, with 22.1 million, ahead of Real Madrid’s Karim Benzema, who with 22 million wins a place thanks to the contract renewal he signed in September 2017 and bonuses for the trophies won with his club, as he is not among the world champions.

In fifth position, and as reported by Efe, comes the first non-footballer on the list, Charlotte Hornets player Nicolas Batum, with 20.9 million, 300,000 euros more than his Utah Jazz colleague Rudy Gobert.