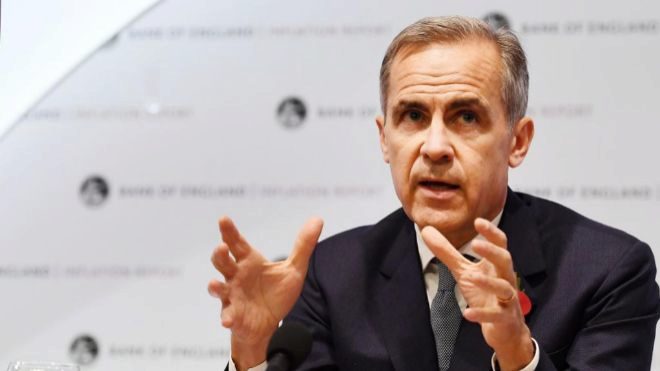 Bank of England leaves rates at 0.75% amidst chaos over Brexit

Brexit maintains uncertainty about the markets, and the Bank of England voted unanimously to leave interest rates unchanged at 0.75%. Unlike other central banks, it has revised its growth forecasts slightly upwards.

No one expected a change in interest rates in the UK in chaos over Brexit, and today’s Bank of England meeting avoided surprises.

The option of raising interest rates now is not on the table of any of the Bank of England’s directors. Its nine directors voted to leave rates at 0.75%. Unanimity has been repeated when it comes to keeping the debt purchase programme frozen.

The market’s unknowns now lie in trying to figure out which direction medium- and long-term interest rates will take. According to their latest statements, some advisors who were long back in favour of a rate hike have backtracked on their plans.

Among analysts there is therefore a debate about whether the next move of the Bank of England’s interest rates could be downwards. All the chaos caused by Brexit, which has been particularly pronounced in recent weeks, does not help to clarify the outlook for the Bank of England’s monetary policy direction. In any case, the persistence of this climate of political and economic instability reinforces the most accommodative theses.

The Bank of England itself acknowledges that uncertainty about Brexit continues to weigh on confidence and economic activity in the short term.

More prepared for Brexit
The successive delays in processing Brexit have at least allowed companies more time to take the necessary measures to deal with the worst-case scenarios.

According to the Bank of England survey, 80% of British companies are prepared for a chaotic Brexit. In January this percentage was reduced to 50%.

The latest news about Brexit, moreover, removes the option of a Brexit without an agreement. Currently, the British government and the European Union are negotiating the duration of the extension, after the successive failures of Theresa May in her attempts to approve her agreement on Brexit.

The Bank of England itself acknowledges that the latest macro data have produced a mixed picture. In fact, it has slightly revised upwards its economic growth forecast for the first quarter in the United Kingdom, from 0.2% to 0.3%.