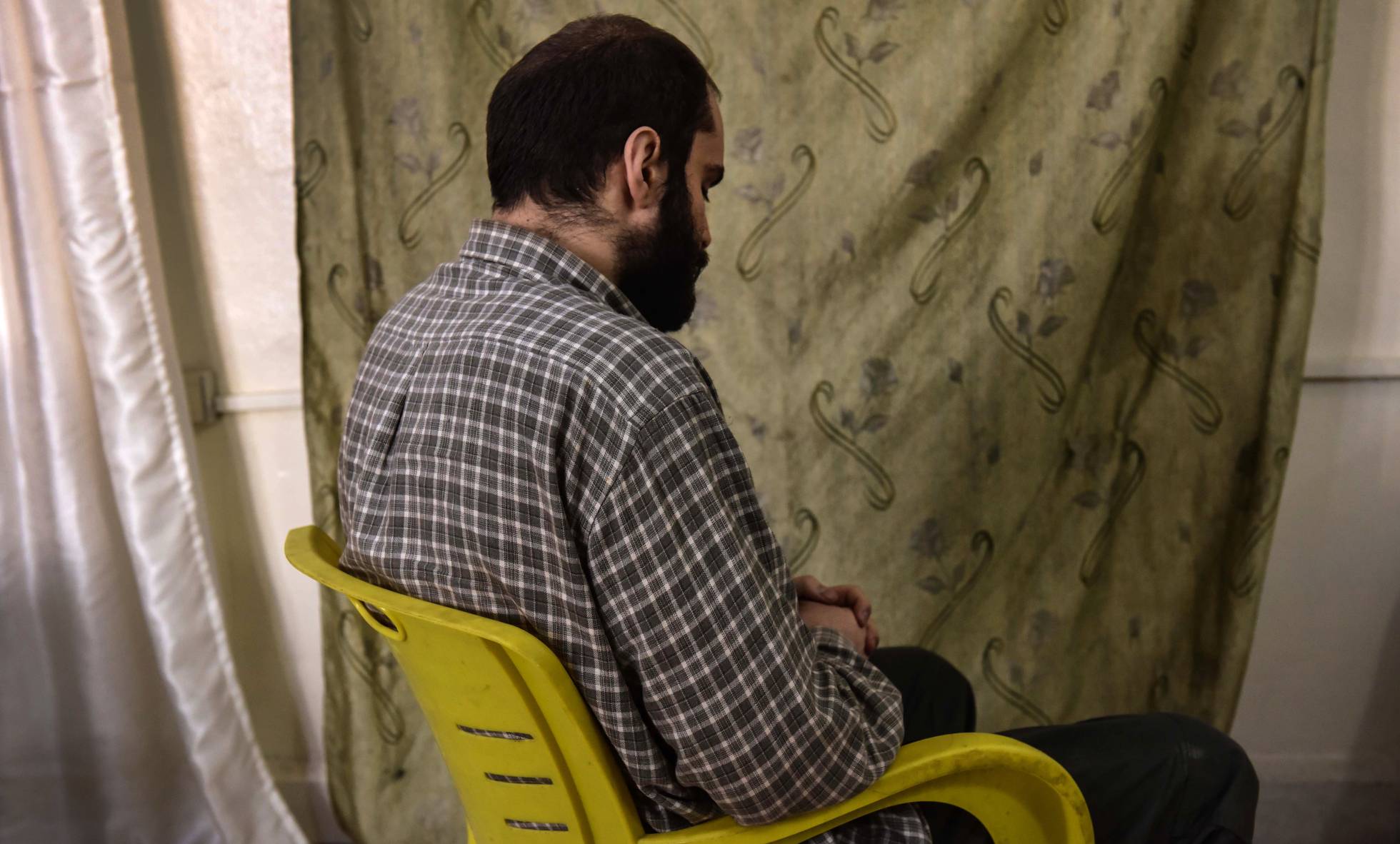 Confession of a repentant jihadist from a secret enclave in Syria

Headed down and handcuffed, the young Belgian fighter Caner, alias Abu Nuh, enters the room of a barracks of the Kurdish intelligence services (Asayih) in northeastern Syria, whose location they ask to keep secret. He is 26 years old and it was six years ago that he travelled for the first time to Syria to join the Jihadist struggle. He later joined the Islamic State (ISIS). In November 2017 he was apprehended by the Kurdish majority Syrian Democratic Forces (SDF) when he tried to flee to Turkey, a country from which he also has a passport.

“Coming to Syria was a big mistake. I was of legal age, but I was stupid,” he says in French after a soldier uncuffs him and invites him to sit on a plastic chair. He agrees to talk to this newspaper, but says that he did not voluntarily come for the interview, but was transferred from the prison where he is imprisoned without being informed of the meeting.

Caner, who does not want to reveal his surname, is one of eight Belgians imprisoned in Kurdish prisons in Syria, where jihadists of 49 other nationalities, women and children are imprisoned. Born and raised on the northern outskirts of Brussels, Caner belongs to a group of 30 young Belgians from Vilvoorde who travelled to Syria and Iraq to fight the Jihadist groups.

“It all started when I was 17, when I decided that if I was a Muslim I had to pray five times a day and I began to see this group of friends more often,” says Abu Nuh. That’s where a classic journey of radicalization began. More frequent visits to the mosque, talks with friends, hours on the Internet on pages to connect with jihadists…

An orphan of a father since the age of 10, he claims that his mother is a Muslim but not a “practitioner”. In 2012, Caner moves with her, her two-year-old brother and younger sister to Istanbul, where he kept in touch with his friends from Vilvoorde who had gone to Syria. “At the end of 2012 one of my best friends was the first to go and fight in Syria and told me that I had to go and defend the Muslims, the sisters who raped and killed the army of Bachar el Asad.

A year later, in March 2013, Caner travels to Syria to join a battalion of foreigners in the insurrection movement against El Asad. ISIS did not exist and the caliphate was nothing more than a crazy dream for many. “They give you a month’s training to use the Kalashnikov, the grenade launcher and the heavy machine gun. He assures again and again that he never killed anyone on the battlefield and that he then fought against mujahideen of Al Nusra (the local branch of Al Qaeda in Syria).

Transfer to Raqa
He returned to Turkey for several months before returning to Syria, this time in 2014, with the rise of the ISIS caliphate, and accompanied by his wife. An intermediary put him in touch with another young Belgian radical from Antwerp, Besimi, who accepted the proposal to move with him to Raqa, then the de facto capital of the caliphate. There they had two girls and studied Arabic.

Caner refuses to speak of his period as a jihadist combatant, which he reduces to a few months, since he was wounded by shrapnel in the back. The metal damaged his nerves, he says, paralyzing his right leg and disabling him for the fight. “Of course you can go and fight and not kill anyone,” he says. Aware that his words may turn against him in the future, Caner claims to have been a “simple soldier. “I can’t spend my life behind bars. However, in Brussels he is accused of harbouring jihadists as they passed through Istanbul and of recruiting other young people, in addition to being an ISIS soldier, for which he has been sentenced to 15 years’ imprisonment in absentia.

“I can’t stay here anymore, I’ve been here for 16 months,” he exclaims nervously. Behind bars he was able to receive a call from his wife, who was held captive in a camp set up to receive the relatives of the terrorists and their children. “My youngest daughter, a year old, died of cold in the camp. The deceased baby is one of 136 children who have died in recent months from acute malnutrition or hypothermia. Caner says that when he was prevented from fighting, he and his wife received a pension of 100 dollars a month to live on. An austere routine and few exits from the house to which they moved in Tabqa, southwest of Raqa. For this reason, he denies having witnessed executions, although he does whip people punished by the jihadists. In four years with ISIS, he insists that he never killed or saw killed, and at the same time that he says he is a victim of the bombings of the international coalition led by the United States. He claims that he did not have any more wives, nor did he have Yazidi slaves, who he claims were generally bought by Saudis, that “gang of perverted and lazy vagrants”. At $20,000 per woman, she says she has heard.

While Europe is debating the repatriation of its nationals, the SDS are pressing for it to be effective or, failing that, for the creation of an ad hoc international tribunal. The Belgian government is in favour of this possibility. “What’s going to happen to me,” he asks nervously. “I don’t understand. These weeks have seen the repatriation of Moroccans, Algerians and Saudis. Some are taken illegally to Iraq.

Two Belgian fighters have been tried and sentenced to death by the Iraqi judiciary and have asked to have their sentences commuted to life imprisonment. Caner wants to be repatriated because he alleges that he is in the hands of a militia (the Kurdish) which is a non-state entity that does not offer guarantees for a fair trial. “There are the human rights and then there are the not rights of terrorists. Because when they call you a terrorist you are like an animal. Asked about the rights in the caliphate to judge citizens in Syria, he says “you can’t compare”.

He says he regrets leaving Belgium. “The Islamic state was a lie, it is a terrorist state that ended up terrorising its own people. Fear, he says, prevented him from leaving the caliphate because ISIS killed his own if they tried. But he notes: “ISIS is not dead and the war goes on. I’m in jail, but the thousands of radical Syrians and Iraqis I fought with are out there,” he concludes.