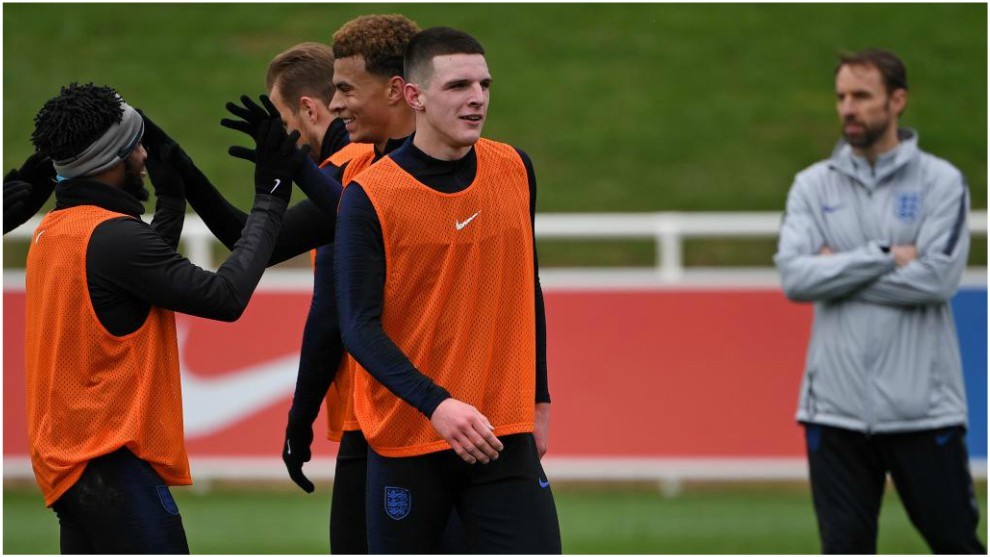 Declan Rice, the last object of discord between England and Ireland

Geopolitical conflicts between England and Ireland have been a constant throughout history. There have been a few in football as well. John Aldridge, Jason McAteer, Michael Robinson, Phil Babb and Tony Cascarino were born in England but decided to represent Ireland. The other way around have recently gone after representing Ireland at youth level, Jack Grealish and Michael Keane. Declan Rice (Kingston upon Thames, 14-1-1999) was the last to do so, generating no small amount of controversy. It is no mean feat. The promising West Ham midfielder had already played three friendly matches – he debuted on 23 March 2018 – with ‘The Green Army’. “It was a very complicated decision. Everyone knows my situation with the Republic of Ireland. I’ve played in their youth categories but I had to make a decision that was the best for me. I’m English, I was born in England and I was very comfortable playing for Ireland. Now I want to put on the England jersey and forget about the past,” he said after being called up for the matches against Czech Republic and Montenegro. Gareth Southgate’s call-up came, paradoxically, as soon as he was named ‘Young Player of the Year’ in Ireland.
Rice has had to say ‘I say where Diego said’. A year ago I wasn’t so sure about playing for England. “My dad (Sean) is very proud. He wants me to play for Ireland and I’m very happy too. I’m totally focused on it. If I didn’t want to play for Ireland, I wouldn’t be here,” he said, citing the roots of his paternal grandparents, Margaret and Jack Rice. In August 2018, however, the situation took a radical turn. Rice himself asked Martin O’Neill to leave him off the list to ‘reconsider’ his international future. “He is a young boy and England has called him. He’s putting his head in order and that takes some time that I’m willing to give him,” the former recruiter said. “It’s not an easy decision. I need to know what’s best for me and my family,” Rice said as early as November, after being off three lists. In December, Mick McMarthy, the new Irish coach, added fuel to the fire after joining his assistant (Robbie Keane) with Rice and his father: “He can be the future captain. I’d love to build a team around him. He is the prototype of a player who can accumulate more than 100 caps. You have until March to think about it, then I need to have an answer.