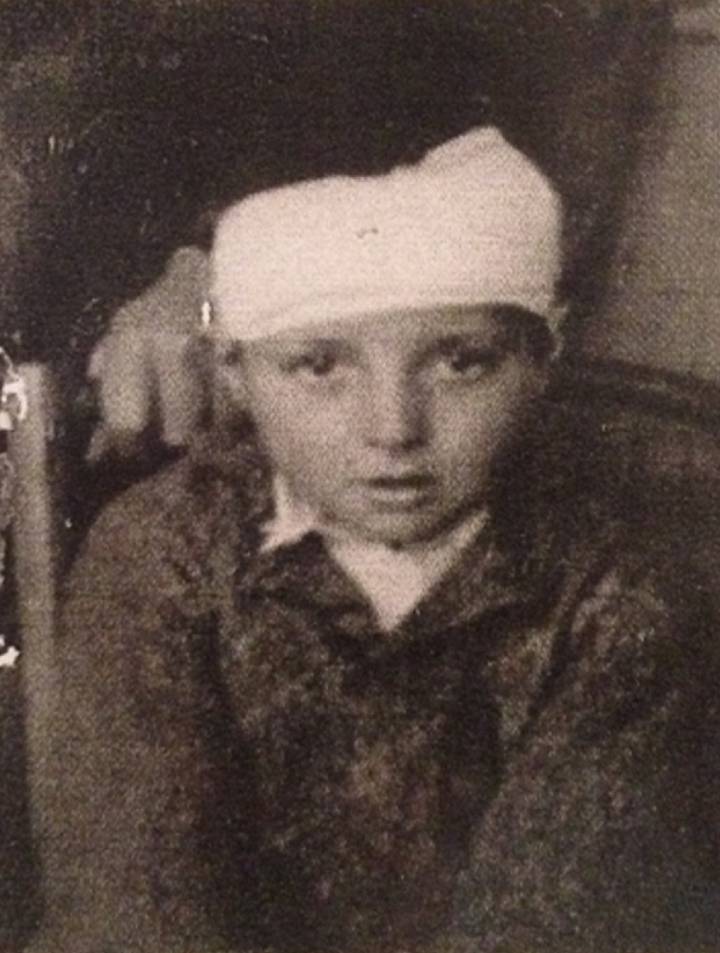 It was January 1939 when five-year-old Vincent suffered a double trauma. A photo of that moment is preserved as proof: the child’s frightened gaze and the bandage that almost completely covers his head. His young age, this contusion and the fear of loneliness after losing his parents in the war provoked an amnesia that will prevent him from remembering the details of his Spanish past. Because that child left Barcelona in 1939 for Belgium, where a family adopted him, giving him a new life and surnames. More than seventy years later, Vicente tried to recover his ties with his Spanish family, but his lack of memory prevented him from doing so. His family had been lost for decades, and that of an entire country, which has not yet recovered it.

For a long time he and his aunt were sought in Belgium and Spain, without knowing that on the other side of the family thread they were also investigating without success. “Until someone could find the needle in the haystack,” explains Pere Puig, a scientist with the Genetic Identification Group at the Autonomous University of Barcelona (UAB). “We came to the end of the story, with our genetic work we only put the icing on the cake,” says Puig, a scientist committed to human rights who is moved narrating every detail of this story.

“To have the opportunity to give a response to a person who has been looking so long for their past has been very exciting,” Puig says. And he adds: “Genetics was the last check, the last closed door that had to be opened by this child who was evacuated in 1939 in order to know who he really was and to be able to rediscover the family he left when he had to escape a very probable death with the entry of the Franco army into Catalonia”. The door was closed to him when he was five years old and was not opened until he was 80; a whole life without a past.

The boy was from a mining town in Teruel, Utrillas, and fled with his uncles to Barcelona, after his father died on the front line and his mother disappeared hospitalized. There, in Colonia Miaja, in Cabrera del Mar (north of Barcelona), he found his last refuge in Spain, before leaving for his new life. The geneticist points out that this same house is now a place for unaccompanied foreign minors. His aunt had left him in that colony to work during the week and visited him on Sundays. But one day he went to see him and there was no sign left: an advertisement in the newspaper, which he did not see, announced that the children would be evacuated.

Pere Puig, together with Rosa Miró and another group of committed scientists now publish Vicente’s case, resolved in 2014, in a specialized scientific journal (Forensic Science International), when the family has given them permission to do so. “As far as we know, here we describe the first genetic identification of a person with amnesia evacuated during the Spanish Civil War who recovers his personal identity,” they conclude in the study.

“We believe that amnesia is probably a defense mechanism,” says the researcher. He arrived in Belgium at the age of five, where he was adopted and changed his name to Vincent. He only carries a small piece of paper with his Spanish name and first surname. That paper is all he has of his life in Spain, his only ticket to travel to the past where he can reunite with his family. But the information is too scarce and there is a confusion in the surname that makes it difficult to find that needle in a haystack. From Belgium, little by little he begins to send letters to all the large Spanish town halls in the hope that one of them will have his trace in the archives.

In Bilbao, two civil servants decide that they are going to help this man in his free time. And they will fight for years until they achieve their goal. “Heroines who have shown incredible sensitivity,” says Francis Moltó, Vicente’s cousin. After numerous researches and trips, they decide to go to Barcelona, to investigate in the National Archive of Catalonia. There they find a golden thread to pull: the letter of an aunt, which could be that of Vicente, who made all kinds of paperwork to get his exiled nephew. They had that woman’s name, but how could they find her?

“Here we have another of the spectacular cannons of this story”, explains Puig, “because luckily the women of this family are very long-lived and it turns out that the Generalitat of Catalonia gives a medal to those who turn 100”. She fulfilled them, received her medal, her name was published and that allowed her family to be found. “But unfortunately she had just died when they were found”, says Puig sadly, because she could not find the peace to find her missing relative, like so many people in Spain.

Fortunately this woman had a son, Valentín. “It looked like two drops of water,” explains Moltó. “We organized a meeting in Barcelona that was very exciting. When we saw Vicente and Valentín together there was no doubt. It’s him, it’s him,’ we said, ‘it’s our family,” recalls this 77-year-old cousin of Vicente. Everything fitted together: dates, names, ages, surnames, places… But it had to be confirmed. “When we gathered the two cousins, who are more than 80 years old, in the ambulatory of the UAB for the blood extraction, the emotion could be felt in the atmosphere”, remembers Puig. “They were safe at 90%, 95%… They sensed that they were cousins, but that gentleman in a white coat, me, is going to say yes or no to them. They were nervous,” he says. “After two days we called them and said, ‘Yes, you are cousins. Genetically, his case was very easy: two samples of living people, with conditions so propitious to look in mitochondrial DNA for the signals linking the two cousins with their maternal grandmother.

This mitochondrial DNA is inherited exclusively from mothers, so each offspring has the same sequence as its mother. Therefore, every relative linked through the mothers can give the exact proof of someone’s identity. Statistically, it is a very reliable system, because it provides very specific genetic variables, almost for each family. The first to use this identification system in favor of human rights were geneticist Mary-Claire King and Argentine scientists who tried to identify the grandchildren stolen from the Grandmothers of the Plaza de Mayo. The protagonism of this maternal line of DNA fell in love with the Argentine grandmothers, who joked that this was the proof that God is a woman, who had put that clue in the DNA to help them.

One of those Argentine geneticists, Victor Penchaszadeh, remembered a few years ago that his work with grandmothers managed to dignify a scientific field, that of genetics, which had played a particularly dark role in many episodes of history. But “a lot of institutional support is needed: in this aspect the mother country, Spain, has a lot to learn from Argentina,” the scientist denounced, referring to the lack of resources for the recovery efforts of victims of the Spanish Civil War. “When I found out that Spain had more than 100,000 disappeared in ditches, I couldn’t believe it. We decided to start helping as volunteers,” Puig recalls. Thus, in 2004, he launched the UAB’s Genetic Identification Group together with Miró, to give name and memory to corpses recovered from mass graves. “We managed to keep it almost at zero cost, but we had to put it on hold due to a lack of resources,” he laments. Thanks to this group, Vicente recovered his memory, but the lack of state support prevents it from being returned to anyone else.