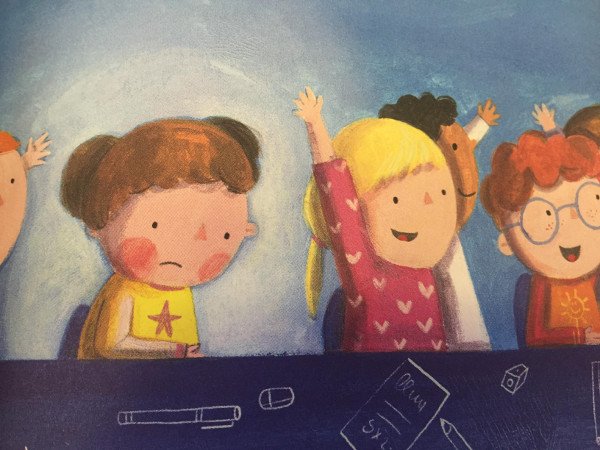 Emotions are not chosen, they arrive

We constitute legion the adults who have not educated us emotionally, we have a lack and at the time of educating our children in this field we are given fatal because “we have not lived it as something natural, we have to force it a little”.

This is the opinion of Clara Más, an emotional education specialist at Nau Espacial, an interdisciplinary centre where the emotional skills of the youngest children are worked on.

“With children we can work with emotions, but those who need the resources are the parents.

Children need to talk about what they feel “and if they learn to do it from a very early age, they internalize it” and when they grow up it costs them less.

“And if the adults of reference talk about their emotions and how they manage them, in the end the child understands that they are feelings that adults also have.

For example, children often believe that older children do not feel fear because their parents do not express it publicly and this leads them to deny or hide theirs.

This specialist also argues that children should learn as soon as possible that emotions do not choose, because they come to you and are not bad or good:

“Sometimes we say don’t get angry. Well, he still needs to be angry for a while.

“If they do not naturalize to have emotions, especially the unpleasant ones, what they do is to block them, the emotions but they are managed, they do not go away, they hide”.

Name them
The basic rule is to help them name and recognize their emotions, and then communicate them.

In addition, he adds, we must observe our body: “All emotions are energy, they stir our body, and are closely related to breathing.

Adults have to look for a level to communicate their negative emotions to children “but always saying that there will be a solution”.

If they don’t communicate the difficulties they can imagine worse things, enlarge the problem in their head.

On the other hand, defends this expert, it is necessary to know how to listen to the children, to give them our time, to be attentive to detect if they need to communicate.

“Sometimes we complain that children explain few things to us, they don’t tell us how they are doing at school or with their friends… You have to be attentive to know when they want to tell you something.

“Sometimes they have a hard time and when they start out the same way the adults are not available”.

“We can’t always. You can’t always do it super well, but you can try that when a child is going to tell you something, leave everything so that you can listen to him”.

The great book of emotions
Hugo with his fear; Cocochoc with his envy; Ignacio with his anger; and Violeta with her lies are some of the characters in the 30 stories of “El Gran libro las Emociones” (Duomo Ediciones), written by María Menéndez -Ponte with the advice of Clara Más and the entire team of the Nau Espacial.

Illustrated by Judi Abbot, the publication aims precisely to help adults to talk about emotions with their youngest children and to help them know how to recognise and communicate what is happening to them.

Its author, trained philologist and children’s book writer points to the haste of contemporary life as another handicap that impedes communication between children and parents.

“Today there is no time for anything, parents come home tired of working, there are many children who are even alone at home, there is very little or no talk and they are immediately planted the tablet.

And he points out how important it is for children to explain what they feel as a necessary step to mature and be happy.

Each story in the book alludes to an emotion, and is accompanied by a card addressed to parents and children about the specific emotion and how to handle it.

For example, on fear it is indicated that the first thing to do is to make the child see that the danger is only in his head, and then help him to think about pleasant things.

Make a list of things that he likes and makes him feel good so that he thinks about them and counteracts the fear when it appears.

And if this emotion is shared with parents or friends, the fear may become smaller.

As for anger, if the child is only a little angry it is advisable to invite him to put his hand on his belly and breathe deeply.

If it is quite advanced it will be necessary to move more the body, it can move the arms or the legs with force and if it has a lot of anger the movements will have to be bigger, more energetic.

The cards that accompany each story begin with the question of why we feel this or that emotion.

Thus in the lie, it is explained that we lie when something has not happened as we wished, when we do not have what we want or when we have done something we knew we should not have done.

Positive emotions such as love or joy also have a place in this book because it is equally important to recognize them and talk about them.