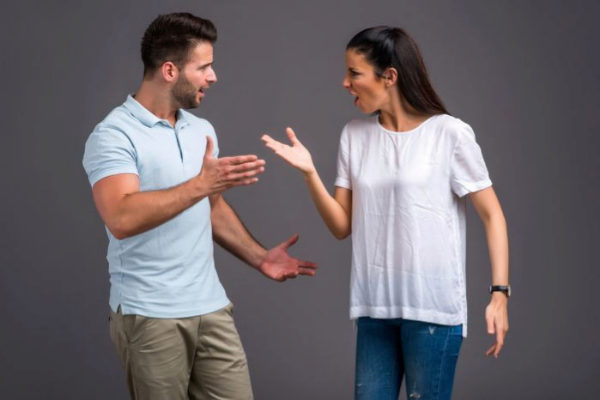 I thought I was dying.

Only two years ago they looked into each other’s eyes and recognized each other. “We were so in love,” he sighs, Juan, while Rosa takes advantage of the comment to shout angrily at him: “Does that mean that love no longer exists? “It’s the falling in love that has vanished, the time has come to give way to love,” I think. After the initial effects of the idyll where differences are diluted in the heat of passion, couples begin to argue, fight and disagree. “Differentiate” is the term psychology uses to explain the necessary process of coming out of romantic self-absorption, returning to one’s own life and placing the relationship in its new place: the real world. This is a very necessary process (like coming back from holidays) but nobody usually likes it. Sometimes, the pink balloon explodes in the face, filling the protagonists with confusion and conflicts the emptiness left by passion. A couple who argue in the background is longing for their reunion, “those who fight want each other” they say. Only now the way back home is to talk, listen and agree. The destiny is to reach greater intimacy and new commitments.

EXPECTATIONS
When you start a relationship, your peers have a lot of expectations. Some are aware and may verbalize themselves, sometimes in a confusing way, but they help to establish the basis for coexistence. Couples often expect: a faithful and protective partner, constant support, companionship as an antidote to loneliness, good sexual relations, creating a family and having children (or not having them), a better quality of life together or working both for the good of the relationship.

There are other expectations that are conscious, but not expressed. Why do we keep quiet? Because of shame, because of the belief that it is normal and everyone does the same or because of the fantasy that the other should already know. It is the “crystal ball syndrome” where it is believed that it is possible to read the mind to the partner and he to ours. These expectations have to do with individual needs: one’s own autonomy, desire for dependence, the need for activity or passivity of each one, the capacity for intimacy, etc. Everything that is not explicit fills the black box of quarrels.

Finally, some desires are completely unconscious. They usually come from personal experiences, often childish, which we hope the other resolves. Juan had a cold and calculating mother and unknowingly wanted Rosa to fill that void. While she has a caring and protective father, she assumed that her husband would do the same. These desires emerge in the themes of living together that are apparently trivial, but are revealing power struggles, processes of domination/submission and feelings of abandonment or absorption.

RELATIONAL PROBLEMS
These are some of those common conflicts:

Families of origin. They are a source of disputes for the comparison between family models, their interference in the life of the couple, because the umbilical cord has not been broken, for the idealization of the family model or because unresolved issues with parents interfere in the new relationship.

Education of children. It is often observed that one of the companions names himself the “expert in pedagogy” and tends to exclude the other (if not to reject him openly) in these matters.

Money. Whoever earns it, whoever spends it, how it is used, what it is used for is usually a motive for angry debate. What is at stake is not money but what it means: freedom, security, fun, status, power, etc.

Sex. Differences in frequency, who initiates relationships, what can be done and what can’t be done, different libido can be a problem. Many times in bed the daily problems of coexistence are settled.

Distribution of tasks. You do not help me, I do help you, it is a habitual discussion, aggravated if each one has a very different idea of what is order and cleanliness. When the couple comes out of the verb help and enters into the one of sharing, these matters tend to diminish a lot.

Free time. Finding shared activities, where to go on vacation, how much time you spend with your friends, time for yourself, who stays with the children if we go out, we always do what you say, are some conflicting issues.

Jealousy. The trace of romantic love based on the myth that we possess the other person and feelings of insecurity cause this type of fighting.

Roles. Couples argue little for political or religious reasons. However, stereotypes, as a man or woman is expected to behave in the 21st century, have their weight.

Car. It is surprising to see the amount of couple fights that occur in the car, which can also be dangerous. They discuss which is the best way, aggressiveness or speed at the wheel and the habit of dealing with other problems now that you can not get out of the vehicle. Can you recover again