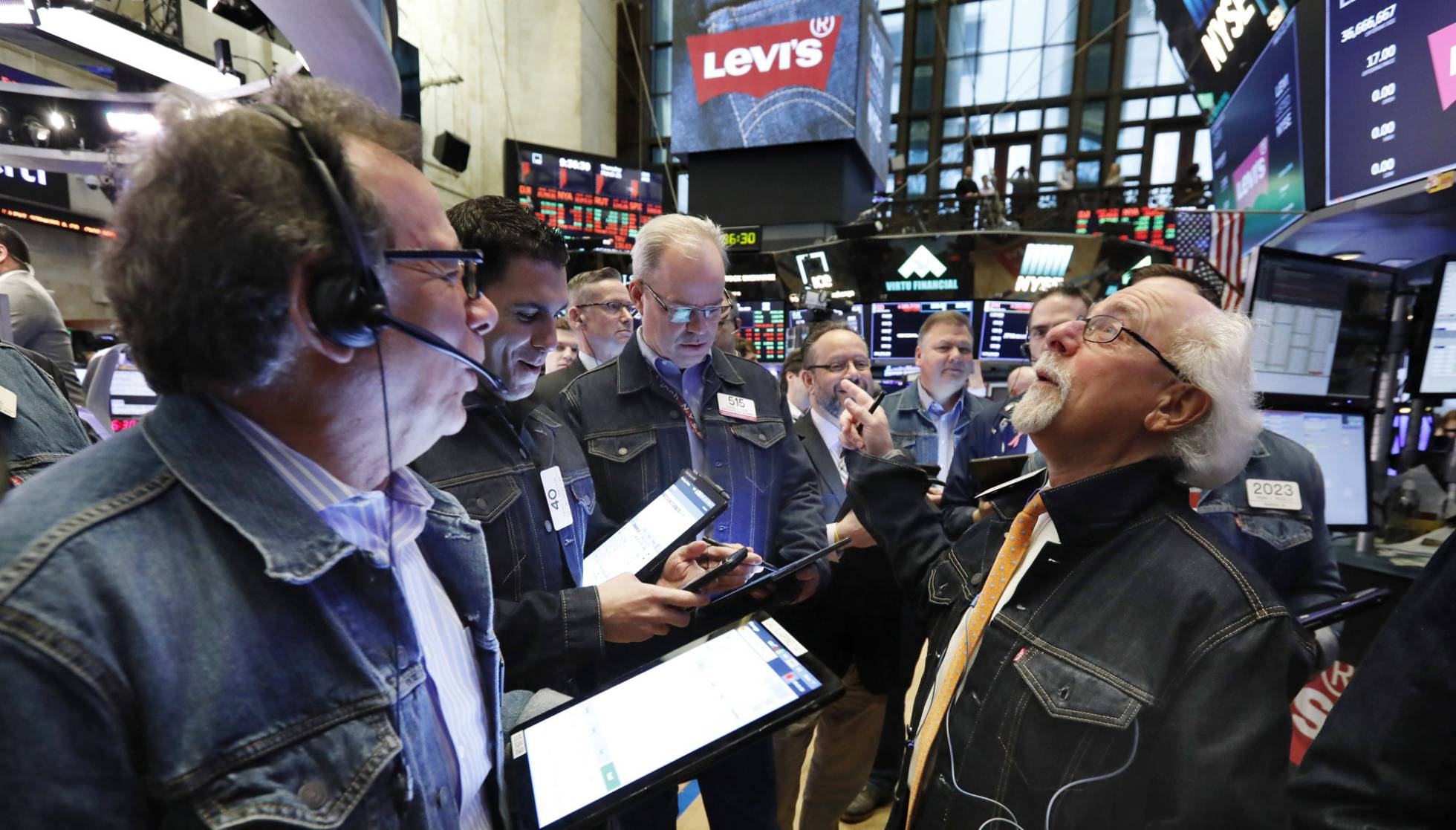 Levi’s trousers are listed again three decades later and are released up 30%.

The company that invented the jeans goes back to the place it left three decades ago. Levi Strauss is quoted again on Wall Street after completing an offer that raises 623 million dollars (about 549 million euros) and gives an initial valuation of 6,550 million dollars (5,767 million euros). To celebrate the first stock market premiere in four months, they relaxed the rules of clothing to be able to wear jeans on the parquet. Their shares were appreciated in the first change of hands 30% on the starting price.

Levi´s was founded in San Francisco in 1853. Two decades later came the product that made it world-renowned and became an icon of modern culture. It now features in the second public offering of its history in the New York Stock Exchange, under the symbol LEVI. The starting price was set Wednesday afternoon at $17 a title, above the band of $14 to $16 that was indicated days ago. The demand was very high in the hours prior to the re-release.

The founding family will take most of what is collected. The rest of the money, about $160 million, will go to strategic investments, such as financing acquisitions, and covering operating expenses. Along with her iconic jeans, Levi´s owns the Dockers and Denizen brands. Last year it had revenues of 5.6 billion, after growing 14%. 55% of sales are generated in the United States. Europe is its second largest market, with 29%.

This turnover gave it a profit of 285 million, which remains more or less stable compared to previous years because it increased in parallel the expenditure it is spending on advertising campaigns. Levi´s seeks to grow essentially in two ways. On the one hand, increasing its presence in emerging countries such as China or Brazil. On the other hand, redefining the distribution channels of its clothing and promoting e-commerce.

Levi´s debuted for the first time in 1971. Its owners brought it out in 1985, when sales began to decline. That operation was valued at 1.7 billion. The moment he returns to the parquet is not very favorable, because it coincides with a fall in retail sales in the U.S., the uncertainty of the trade dispute with China, new consumer trends and the impact of e-commerce in department stores Macy´s or JCPenny.

Charles Bergh, its current CEO, believes, however, that it can take advantage of the icon image and thus evolve the brand to reach a younger audience without abandoning its faithful. This means that he will continue to invest over the next two years in campaigns to be present at sporting events, music festivals and presenting collections with celebrities while trying out other product categories.

For shareholders, the company follows a capital structure similar to big technology. This allows Levi Strauss heirs to control strategic decisions. In practice, the small investor will have very limited ability to influence the direction of the corporation vis-à-vis the Hass family. Levi´s responds that in this way it seeks greater flexibility to make decisions that allow it to grow.

Levi´s is already the world’s largest seller of jeans, ahead of Zara, H&M and Wrangler. The placement of titles comes after four months of drought in stock market premieres, which also explains the strong demand for their shares. It’s only the beginning, because there are 230 companies knocking on Wall Street’s door. The Levi´s offer will be followed next week by Lyft, Uber’s rival, who will do so towards May. WeWork and Pinterest are also expected.