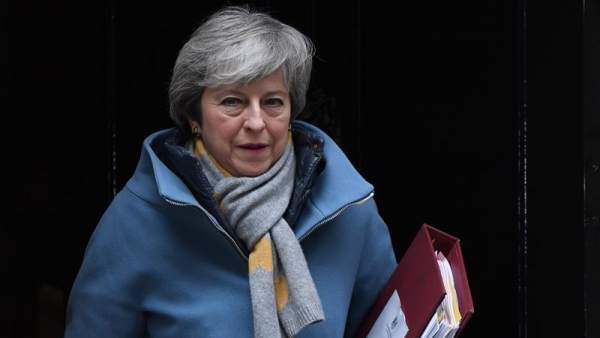 British Prime Minister Theresa May leaves her residence in Downing Street, London, after taking part in a meeting of the Council of Ministers. NEIL HALL / EFE British Prime Minister Theresa May on Wednesday presented a parliamentary motion that will be voted on Thursday in Parliament, which foresees that the United Kingdom asks for a three-month extension for the brexit, if it can approve a departure treaty before 20 March.

If Parliament has not ratified a pact by that date, the government warns that the extension could be longer and force the UK to participate in the next European Parliament elections, scheduled for May.

Although the House of Commons has twice rejected, by a large majority, the exit treaty signed last November, May is still confident that enough MEPs will change their minds in the next seven days. If that happens, the British Government will ask Brussels for an extension until 30 June “for the purpose of passing the necessary legislation” to consummate the brexit.

In contrast, the motion to be voted on Thursday warns that maintaining the refusal to the agreement means that European Union leaders can require the United Kingdom to express a “clear purpose” for an extension and that this period could then be longer than three months.

The remaining 27 EU countries must unanimously approve a delay of the planned exit date, set by Article 50 of the Lisbon Treaty on 29 March, two years after the activation of the breakthrough process.

“Any extension beyond 30 June 2019 would require the United Kingdom to participate in the European Parliament elections in May 2019,” says the text of the motion tabled. The new community chamber is scheduled to be set up on 2 July, following elections held between 23 and 26 May.

The government’s motion will be subject to amendments by the parliamentary groups, so MEPs will have the opportunity to modify the terms proposed by the Executive.