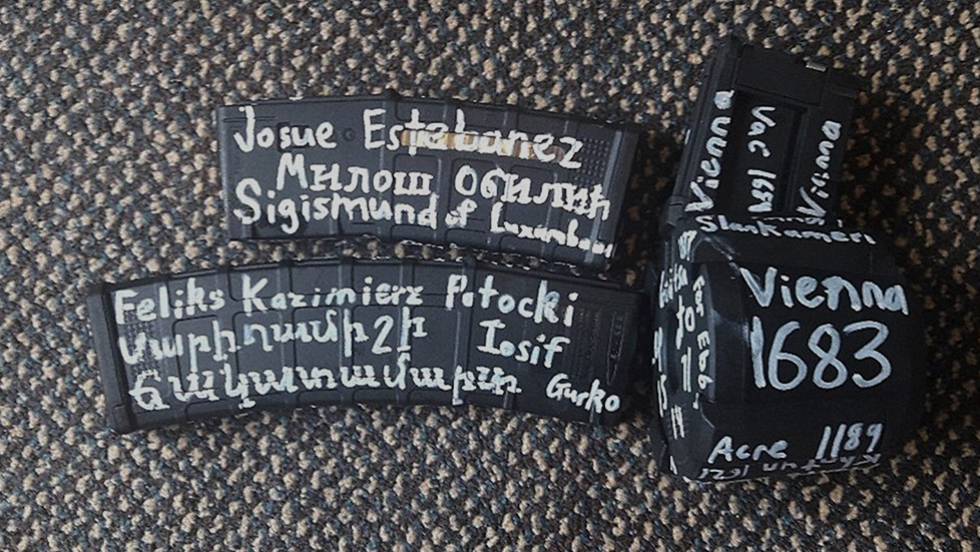 One of New Zealand’s attackers carried on his rifle the name of the neo-Nazi who killed Carlos Palomino.

One of the attackers of Friday’s attack on the two mosques in New Zealand, who broadcast the attack on Facebook Live, had written on his rifle the names of perpetrators of mass murders in other countries linked to the extreme right, according to The New York Times. However, one of those mentioned was Josué Estébanez de la Hija, a Spanish neo-Nazi who murdered a young leftist in the Madrid subway in 2007. Estébanez was the first Spanish justice sentenced to an aggravating circumstance for ideological reasons.

In radical right-wing circles, the Basque soldier, in prison until 2033, is considered a kind of myth. His name (“José libertad!) is constantly painted on walls in every corner of Spain. Hogar Social Madrid often invokes his name, and his family sold ballots to raise money to pay compensation to the victim’s family, Carlos Palomino. Estébanez always claimed that he felt intimidated in the car by Palomino and the people accompanying him.

Palomino, in the totally opposite environments, those of the extreme left, was elevated to the figure of a martyr. In squatters’ houses there is usually some inscription that reminds him of an anti-fascist fighter who was murdered at the hands of an ideological rival, as he considered the sentence proved. In many countries of the world, such as Sweden or Germany, you can see inscriptions like “Palomino lives, the fight goes on”,

The sentence, in 2009, considered it proven that Estébanez was heading the morning of the assassination to a demonstration of the far-right National Democracy party, authorized by the Government Delegation, under the slogan Against Anti-Spanish Racism. He pulled out the knife when he identified the young people on the platform as having a contrary ideology and waited for them “to attack any of them with the least pretext for their confrontational divergence of thought. Palomino’s death was “a direct consequence of the aggression of the accused” carried out with the “absolute” consciousness, according to the court, of ending his life.

In May 2009, El PAÍS had access to Metro’s security cameras, where it was possible to clearly see how the crime had occurred.

The names of historical figures who fought against Muslim armies in the Middle Ages can also be read on the assailant’s porters in New Zealand. Among them are several who participated in the Crusades: Gaston IV of Bearne, 11th century ruler in the kingdom of Aragon, and Bohemundo of Antioch. It is also written “Pelayu”, which could refer to Don Pelayo, symbol of the struggle of Christians against Muslims in the Iberian Peninsula during the Middle Ages, reports Verne.