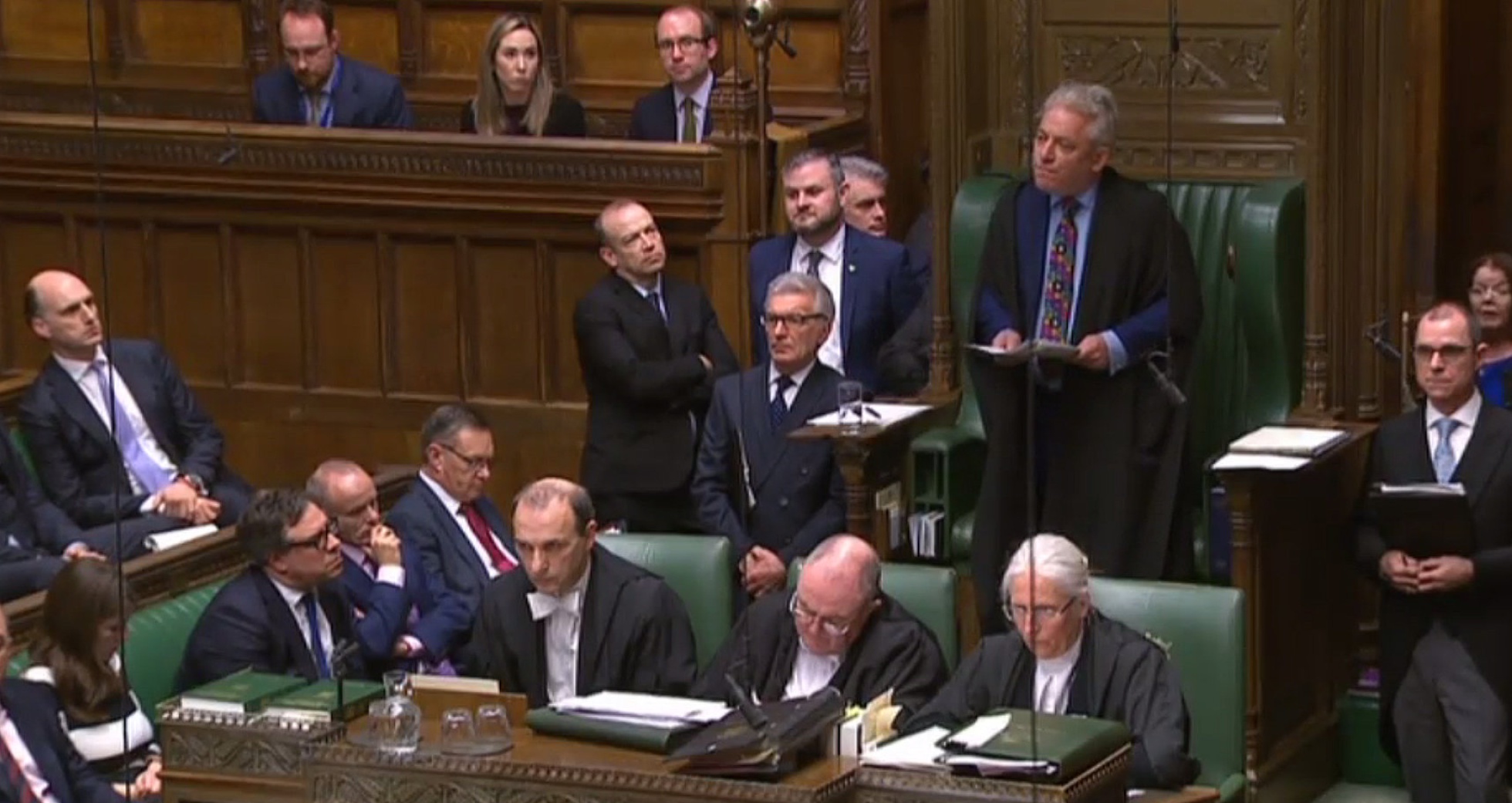 Theresa May thought that Brexit was a game of resistance in which she had to twist the will of the Eurosceptics and she did not understand that it was also a constitutional pulse between the Executive and the Legislative. The Speaker of the House, John Bercow, has used centuries-old precedents this Monday to warn the Government that it will not allow it to present for the third time its plan, already rejected on two occasions, if it does not introduce “substantial changes” in the text.

EXTREME WAYS TO SAVE A FAILED PLAN
R. DE M.

The options that Theresa May has on the table to try to circumvent the decision of the president, John Bercow, are so radical that under normal circumstances they would not even be contemplated. But the Brexit crisis has ruined political “normality” in the UK.

The Executive could ask Elizabeth II to “extend” the session of Parliament. That would require a new speech by the queen to reset the clock and formally start a new term.

A second option would be to present a Brexit development law that implied the need to re-vote on the plan. If defeated, it would add a new and unnecessary humiliation. And a third would be to subject Bercow to a motion of confidence. Given the support it enjoys among Labour and conservative Eurosceptics, the government risks making a fool of itself.

The new blow to May’s wear and tear strategy has come from where it was least expected. Early Monday afternoon, the Speaker of the House of Commons, John Bercow, who has become the black beast of the British Government, announced his resolution. It responded to the complaint of some Members of Parliament over the Prime Minister’s insistence on resubmitting a Brexit plan that had already been rejected twice by Parliament. Bercow, with the help of attorneys in the House, dived into the Erskine May, a manual of parliamentary uses and procedures venerated in Westminster, written by the lawyer, deputy and constitutionalist of the same name and whose first edition dates from 1844. And he found the answer. A parliamentary convention dating back to the beginning of the 17th century, used no less than 12 times – the last time in 1912 – states that the same subject “cannot be introduced a second time in the same session”.

Bercow has gone into detail about the legal reasons for a decision which, in the eyes of the British Government, is a burden of depth with a clear political purpose. “One of the reasons why such a rule has lasted for so long is because it is necessary to be respectful of the time the House spends working and also to give due respect to the decisions it takes,” explained the speaker.

Bercow, from the conservative ranks, elected almost 10 years ago by Labour and who, in his eagerness to reinforce the importance of the legislature, has not ceased to trouble the Government with his decisions, has hurried to the maximum use of his authority, knowing that the controversy was served.

Firstly, because the same arguments of his decision could have been valid to prevent the second vote of May’s plan, which was rejected again resoundingly last March 12. The detractors of the text then considered that the legal guarantees that the prime minister had obtained from Brussels on the so-called backstop, the safeguard to avoid a hard border between the two Irish, were nothing more than a mere make-up that did not change the substance of the matter and that had not even modified the literality of the EU Withdrawal Agreement.

Bercow has responded preventively to that criticism with the justification that the new motion, according to the Executive, did incorporate substantial changes. “If the Government votes again in this House on a text that is not the same as the one it presented for debate on 10 March last, literally or substantially, it will be accepted for processing”, the president has offered to justify his decision. But to questions from some of the Members present in Parliament, Bercow has implicitly indicated that the next time – if there is a next time – a few touches would not be enough and that the “substantial change” should come from new negotiations with the EU.

And secondly, because his announcement comes just at a time when there is hope – even minimal hope – that May’s plan would get the green light from Parliament if he were to put it to a third vote. “The speaker did not warn us that he intended to make this statement or its content,” a spokeswoman for the prime minister complained to The Times newspaper.

Euro-sceptics
Conservative Eurosceptics welcomed Bercow’s words because they shortcircuited May’s plan to put them on the ropes. The government is currently working on the