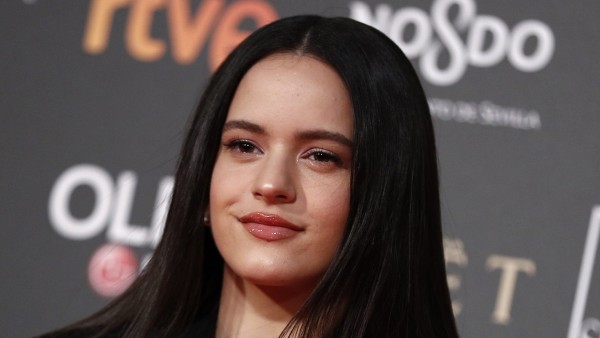 Rosalia will perform in the Glastonbury edition in which Kylie Minogue and Janet Jackson are headliners.

The prestigious Glastonbury festival has announced its definitive poster, which will feature Kylie Minogue, Janet Jackson, The Cure, The Killers and Stormie as headliners. This is another festival that also has the name of Rosalía, who has placed her voice in capital letters within international pop. Miley Cyrus, Tame Impala, Vampire Weeknd, Lauryn Hill, Sheryl Crow, Janelle Monae and Jorja Smith are some of the names that complete the line-up.

Rosalía, on the other hand, seems not to miss any festival this year. The Catalan will perform at Lollapalooza (Buenos Aires and Santiago de Chile), Coachella (Indian), Primavera Sound (Barcelona), We Love Green (Paris) NOS Primavera Sound (Lisbon), O Son do Camiño (Santiago de Compostela), Noche Blanca (Córdoba) and BBK (Bilabo) among others.

The 2019 edition of Glastonbury has opted for women, especially Kylie Minogue and Janet Jackson, two of the biggest claims of this edition and heads of the bill. It will be the highlight of Minogue in the United Kingdom this year, all this after it gave 12 concerts last 2018 in the English islands with its Golden Tour (with a stop in Barcelona). This tour promoted his fourteenth studio album under the name Golden, an album that achieved number one in sales in the United Kingdom.

With the sum total of his productions Kylie has sold more than 70 million albums and stands out for being one of the most important divas in pop, especially in the British Isles where it has 7 number one. Janet Jackson is the other woman in the front line of the festival, the Together Again performer handles figures as powerful as the 100 million productions sold worldwide.