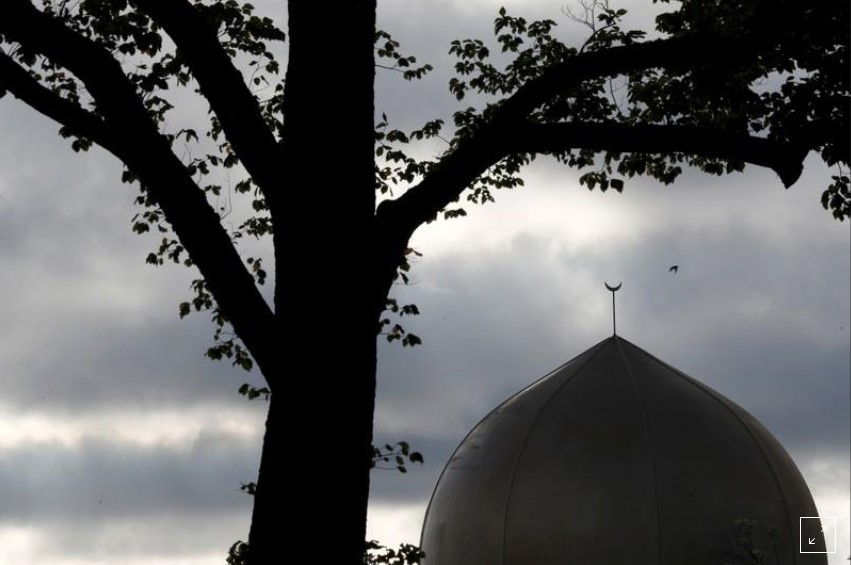 Shrine torn to pieces: an imam from Christchurch tries to rebuild it

CHRISTCHURCH (Reuters) – Ibrahim Abdelhalim was last week at his mosque in the Linwood district of Christchurch, New Zealand, saying a prayer as he usually does on Friday afternoons. The 67-year-old grandfather had spoken of “savoring the sweetness of faith” as a Muslim obedient to God and willing to serve humanity.
He heard a bang-bang-bang in the distance.

The sounds became louder and louder. Abdelhalim realized that they were gunshots, but he continued with the prayer. He thought that abruptly ending the holy words in the middle of the prayer would be disrespectful to God.

Abdelhalim emigrated from Egypt to Christchurch in 1995. This small town on a distant island, some 16,000 kilometres from the poverty and corruption of Cairo, gave his family a better life. The city is situated near idyllic mountains and meadows, a place where she often forgot to close the door of her house at night. He didn’t have to worry about what was going on outside. Even so, there were more than 80 people in the room in front of him: “I tried to finish the prayer quickly,” he says.

Then bullets began to enter through the window of the mosque, impacting the bodies. People screamed, jumped on top of each other, piled up. Abdelhalim saw his son but could not reach the place where he was lying. Further back, in the women’s part, Abdelhalim’s wife was also shot in the arm. The bullets hit a friend next to her, killing her. In the land that had become his sanctuary, Abdelhalim suddenly feared that he was about to witness his family being killed.

Police then identified Brenton Tarrant, a 28-year-old Australian, as the alleged aggressor in last Friday’s massacre, which claimed 50 lives and left more wounded.

Authorities say Tarrant posted a text on the Internet supporting the ideology of white supremacy and hatred of immigrants. Accused of the moment of murder, Tarrant is in pre-trial detention and due to appear in court next month, when according to police he may be charged with more crimes.

The country’s prime minister, Jacinda Ardern, described a very different New Zealand in a speech after the massacre. “We represent diversity, kindness, compassion,” she said, her voice filled with emotion. “A home for those who share our values. A refuge for those who need it.

Many of the victims in Christchurch sought just that: to leave Somalia, Pakistan, Syria or Afghanistan to seek a better life, in many cases with little money in their pockets. Abdelhalim spoke of the city as a dream come true.

In Cairo, Abdelhalim says, he had worked as a judge specializing in inheritance and tenancy cases. He lived in a wealthy suburb, his father was a teacher and his mother a government employee, while his brother was an officer in the Egyptian army. But he did not see the future he wanted for his three children in Egypt. Cairo witnessed the assassination of a president by Islamic militants in 1981, and bombings in and around the city in 1993.

So the family moved to Christchurch and Abdelhalim accepted the only job he could find, as an employee of Work and Income, the government agency for employment services and financial aid. “I tried to study law, but I found it very difficult to start over,” she said.

However, her children went to good schools and her family moved to a small brick house, where she still lives, with roses in a well-kept garden. A neighbor invited her to tea “almost every day,” she says. The family knows the woman who works at the post office, a local grocer and almost everyone else.

Far from the chaos of Cairo, Christchurch is a place where men in straw hats and vests take tourists to the tranquil waters of the Avon River. It is a city of parks with birds and a tram that crosses the Cathedral Square.

Abdelhalim’s life grew in the city. He opened a restaurant named after his former home, Cairo. He became involved in the Muslim community, working as an imam in a mosque called Al Noor.

When terrorists crashed planes into the World Trade Center in New York in September 2001, Abdelhalim was the head of a local Islamic association. At that time, he said, there were some young people who shouted at the Muslims and tried to rip the women’s handkerchiefs off. Abdelhalim responded by organizing community events at the mosque. In 2017, he participated in the opening of a multi-religious prayer space at the airport. “My only weapon,” she says, “is my language.

It also helped open the Linwood mosque, and agreed to be its imam, its religious leader, when it opened its doors early in the year.