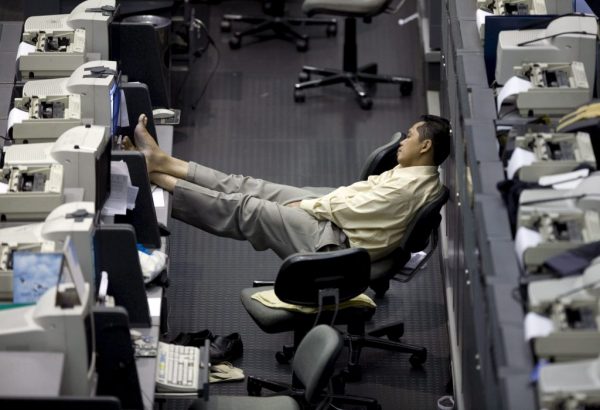 “The 8 hours continues being the average standard to sleep and to have a good metabolic state”, explains in an interview with EFEsalud the professor of Physiology of the University of Murcia and expert in chronutrition, the discipline that studies the biological rhythms of the alive beings and its relation with the feeding.

In order to study how sleep affects our metabolism, Marta Garaulet’s team has analysed human adipose tissue, fat, which they cultivate on a plate and observe how the rhythm of insulin varies throughout the day and night. Insulin is a hormone that intervenes in metabolic processes and, mainly, in the metabolism of carbohydrates.

“A broad daily rhythm, which goes up and down, is a healthy rhythm and is associated with less obesity and more health. But we have observed that this rhythm flattens, decreases, spoils when we sleep little or when we go to bed very late, “notes Garaulet who concludes: “Those who sleep 9 hours have the insulin rhythm with more amplitude, healthier than those who sleep less hours,” which may ultimately influence in having less propensity to suffer diabetes.

Therefore, the short duration of sleep is associated with a bad circadian rhythm and metabolic problems and propensity to obesity, says the researcher.

“We also saw this conclusion in the European study HELENA with 3,200 children and adolescents, of whom 1,300 slept less than 7 hours and were more obese,” she says.

Also in the OnTime Junior study, promoted by the University of Murcia with a sample of 432 children from the region, the sleep of minors is observed through clocks that measure rhythms, position, temperature and exposure to light.

“And in this case we are also seeing that those who sleep little are thicker,” says the professor.

The mobile phone, suppressor of melatonin
For Marta Garaulet, light at night, when darkness should prevail, is one of the factors that is most influential in shortening our hours of sleep.

Electric light and the use of devices such as computers and mobile phones near the hour of sleep, delay our sleep center, which makes it difficult for us to reconcile, and that we sometimes wake up tired, exhausted, for not sleeping a sufficient number of hours, or for waking up during the phase of the most restorative sleep.

“Above all, the light of the mobile affects sleep. It is a direct, close, white light. The mobile is a desincronizador of our biological clock since it suppresses the melatonina, also called “the chemical night”, hormone that tells our body that it is of night and that it is necessary to sleep”, explains.

But while television does not directly affect, unless the hooking to a program makes us go to bed later, “mobile light removes sleep because it suppresses melatonin that can delay the onset of sleep sometimes even more than two hours.

And this affects more children and adolescents, as their melatonin is more sensitive to light. The expert advises that in the period before going to bed do not use these devices.

Melatonin to sleep
Melatonin is a hormone that is released with darkness and is responsible for telling our body that it is time to sleep. The passage of time, some diseases and some drugs cause the levels of this hormone to decrease.

But also electric light and life changes, more nocturnal than those of our grandparents, have delayed the arrival of darkness and therefore the secretion of melatonin, something that can cause delay in the onset of sleep, and alterations in our circadian rhythms.

The change from night to day and vice versa affects our biological clock and sends a signal to the pineal gland, located in the brain, to produce melatonin every 24 hours, explains to EFEsalud doctor Dario Acuña Castroviejo, pioneer in Spain in the study of melatonin and director of the International Institute of Melatonin (IiMEL) at the University of Granada.

Melatonin production begins to increase when ambient light decreases and peaks between 2:00 and 4:00 in most of us. This is what is called the circadian rhythm of melatonin.

Taking drugs with melatonin concentration, under prescription, is one of the treatments to regulate sleep.

“Melatonin is recommended above all to induce sleep, but if you are one of those who wake up at dawn and can not go back to sleep, there melatonin has less effect,” explains Dr. Marta Garaulet.

According to the researcher, melatonin is effective if it is taken two and a half hours after dinner (as it can interfere with food) and half an hour before starting sleep and with the light off. Some conditions that clash with the Spanish custom of dining late.

Another of the projects in which Marta Garaulet’s team is immersed, financed by the “National Institute of Health” of the North American government and carried out by the University of Murcia, tries to study which people are affected by late dining in terms of blood sugar, metabolism and, as a consequence, body weight.

In this study conducted with researchers Richa Saxena and Frank Scheer of Harvard University, for which they are recruiting a thousand people who dine late, we are observing that genetics plays a crucial role in the effect of late dinner on our metabolism, says the doctor.