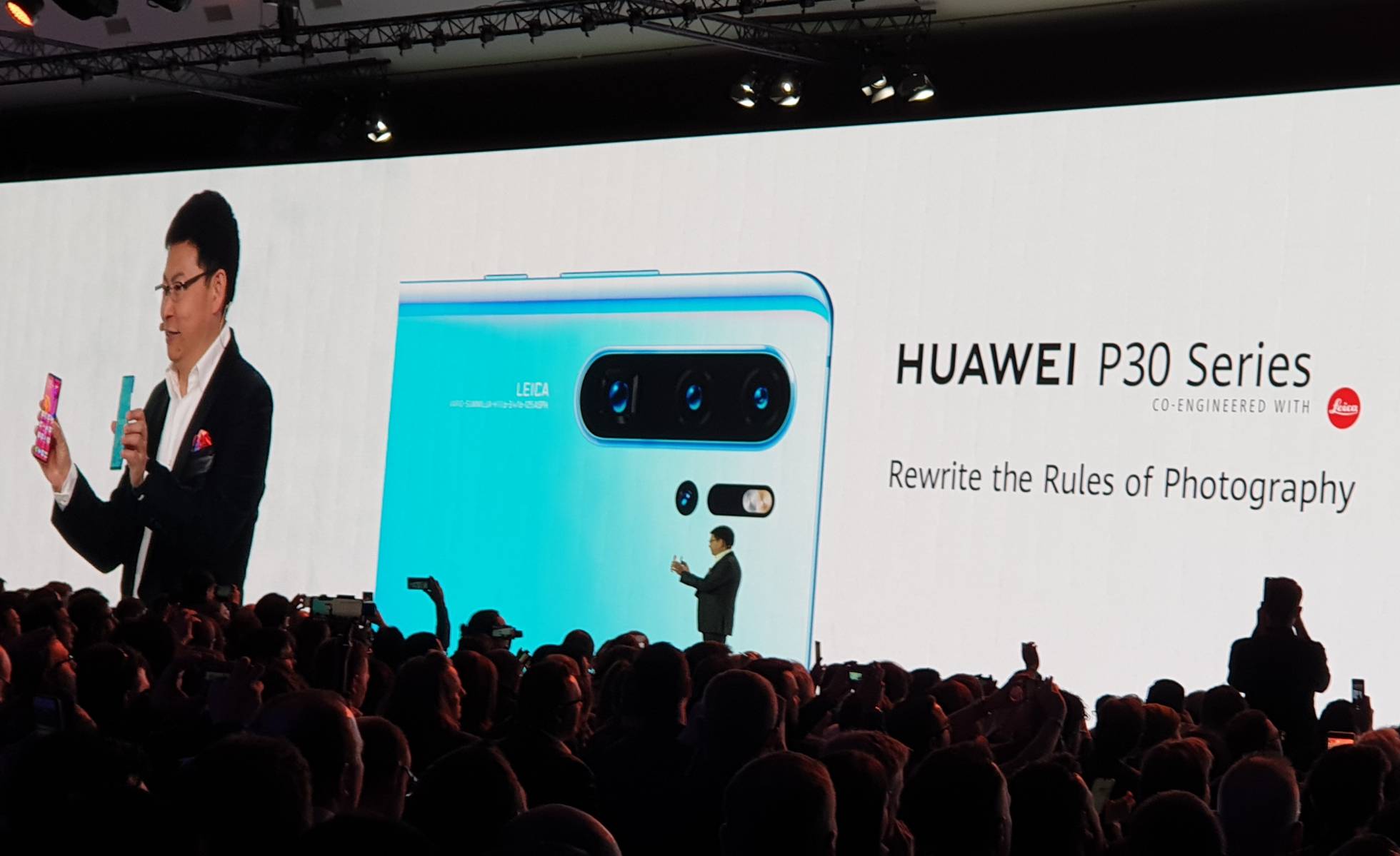 For better or worse, Huawei is at the crossroads. The world’s largest manufacturer of fiber and 5G networks and the third largest manufacturer of mobile phones faces the (unproven) US accusation of using its technology as a collateral tool for espionage at the service of the Chinese government. The manufacturer denies it and wants to wash its image, demonstrating that this accusation is only the result of the envy of its rivals who can not cope with its technological efficiency. In Paris, today he deployed as much luxury as possible for the stellar presentation of the Huawei P30, stubbornly surrounding with glamour his new mobile star called to compete in the high range (that of devices worth more than 1,000 euros) with the Samsung Galaxy or iPhone X. But despite this deployment, the P30 in its Pro version -the most expensive and complete- presents very few news about previous models (Huawei P20 and even less about the magnificent Mate 20), and does not stand out on the latest releases of Samsung (Galaxy S10) or Apple (iPhone XS and its successor waiting).

In its most expensive version, the Huawei P30 Pro only actually incorporates a fourth camera, a tenx zoom and the ability to record with two front and rear video cameras simultaneously. And there stop the novelties: the design is the same, with the bloody mole or notch invented by Apple to hide the front camera; the house processor (Kirin 980) is the 2018 one, and the fingerprint reader under the screen is already standard in almost all brands (Samsung at least made it ultrasonic 3D). Let the consumer judge whether it is worth spending almost 400 euros more on this P30 instead of buying the Mate 20, which will surely fall below 600 euros after this release.

Huawei wants to play in the big leagues of mobile firms and surely will get it with time and waste of expense that he uses in each release. At the moment, it is already the third mobile salesman in the world. Prey to that pride, the brand did not hesitate to greet ironically in its official Twitter account the presentation of the previous day’s Apple television as a warm-up of the premiere of its new model P30. “Thank you Tim Cook for the warm-up,” he said in tuit in reference to Apple’s boss.

For this event in Paris, Spain alone has displaced 150 people, including journalists, bloggers, youtubers, influencers and web models, almost all related to the world of fashion, whose technological know-how will always be questioned in view of the interest they put in their clothes and listening to the parliaments with which they give their Instagram fans. The Chinese brand has even chartered an airplane with the slogan Huawei P30 and has already wallpapered half of the bus shelters in major cities such as Madrid and Barcelona.

Published in BREAKING NEWS, ENTERTAINMENT, TV AND CINEMA and VIDEOGAMES