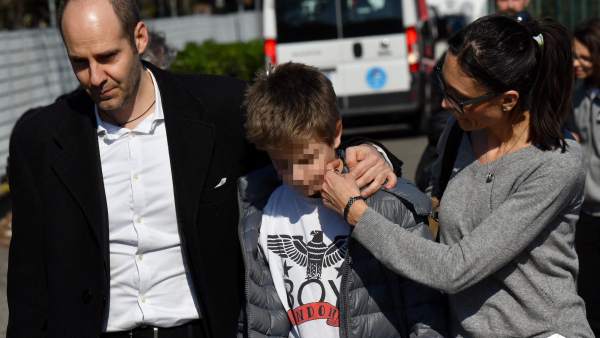 The story of Ramy, the “child hero” of the school bus burned by an Italian-Senegalese driver

Ramy, defined by the Italian media as “the hero child” for hiding the phone and calling his father to warn that a man had hijacked the bus he was travelling with his companions and was about to set it on fire, is not of Italian nationality. This past Wednesday, a bus driver of Senegalese origin and Italian nationalized since 2004 set fire to the school bus with 51 students he carried every day to “avenge the migrants killed in the Mediterranean.

Interior Minister Matteo Salvini said he would do everything in his power to have Ousseynou Sy, 47, stripped of his Italian citizenship. But the paradox is that two of the children who travelled on that bus, even though they were born in Italy, do not have the nationality and several petitions have already arrived for it to be granted.

The previous progressive government tried to introduce the “Ius Solis” (land right) to grant nationality to nearly 800,000 children born in the country to foreign parents, but this never progressed due to the lack of support from other political parties, including the ultra-right Salvini League. Ramy, 13, was the boy who hid the telephone when the driver picked them up and called his father to sound the alarm and call the carabineros, who were the ones who stopped the bus and released the children by breaking the windows.

Now his father, Khalid Shehata, from Egypt, has explained to the Italian agency AGI that although his son was born in Italy and that they live in this country since 2001 they have not obtained the nationality for their son and that it would be “very nice if they could now grant it to him”. The same is the story of Adam, another of 51 children from a school in Crema (northern Italy), who experienced hours of terror this Wednesday, and who also has no Italian nationality as his parents are from Morocco. “I have never been able to gather all the documents necessary to apply for residence, but this country feels like mine and I am very proud of what my son has done,” Ramy’s father explained to AGI.

The leader of the anti-system Movement 5 Stars (M5S) and Minister of Labour, Luigi di Maio, called for honorary citizenship to be granted to the child “who endangered his life to save his companions”. “I think that the nationality of yesterday’s criminal should be immediately removed (…) but one of yesterday’s heroes Ramy, of Egyptian origin, should have his nationality recognized,” said Di Maio, whose party did not support the introduction of “Ius Solis”.