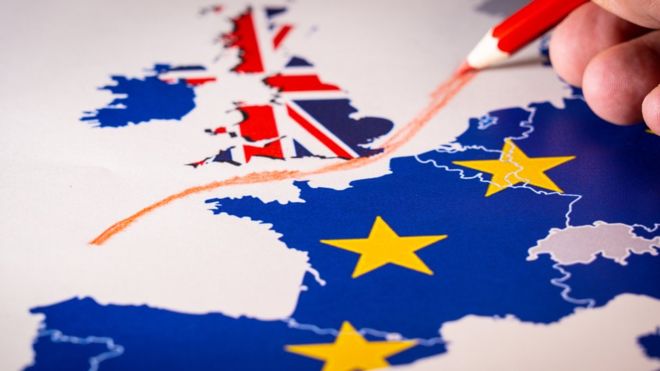 The three scenarios before a brexit extension: between a short moratorium and the second referendum

After so much turbulence, the UK will not have the last word on its own future. In their quest to get out of the European Union, the British are constantly bouncing around: they do not accept the agreement signed by Theresa May in Brussels, but neither do they want to leave without a pact. This leads them to a single option, which was the one approved by Parliament.

The request for an extension is the conclusion reached in the House, but even that is not in their hands. It will be the 27 who decide the deadline, and there is no clear position on that. The leaders of the Member States are meeting this Thursday and Friday in the Belgian capital to decide, among other things, on the possible delay of the brexit. There are two possible avenues on the table. The first, defended by European Council President Donald Tusk, is a long extension (even until 2020).

The other, perhaps more viable, is to give only two months to May to make the exit effective. Here are the possible scenarios: Short extension: better for the EU Why is a short term better for the EU? The answer is simple. If the moratorium on the British were to extend beyond 2 July (the date on which the European Parliament is to be formed after the May elections), the United Kingdom would be obliged to stand for election, as it would still be a member of the EU group. If this were to happen, the scenario would open up of facing the brexit in the middle of the legislature, something that the European institutions want to avoid at all costs.

If the deadline were only two months, as the President of the European Commission, Jean Claude Juncker, asks, the frying pan would once again be in the hands of the EU. UAM professor Luis Bouza rules out 20 minutes before the extension is granted. “Nobody wants to go down in history as the one responsible for a tough brexit,” he says.

Nor does it seem possible for the United Kingdom to recount and suspend Article 50: “It would be a bad decision because neither the United Kingdom wants to stay nor does anyone want it to stay. That period of two months at most is comparable to the situation experienced by Alexis Tsipras after the referendum on austerity measures. “The EU gives a deadline with certain conditions” and May would have to see “how it adapts to that deadline”. The researcher of the Real Instituto Elcano, Federico Steinberg, assesses a different scenario. He clarifies to this media that the wish “of both parties” is that the agreement “be voted again and approved” in the British Parliament. There would come into play a “short” postponement so that the House’s confirmation can be implemented and enter into force.

Long extension: a lot of risk in uncertainty In the case of a long extension, even at a year’s notice, it seems much more complex according to the experts. “We have to start from the premise that uncertainty is maximum,” Steinberg says. Within that, there is the theory that over an extended period of time, the reality in the UK may change. In Bouza’s words, looking at the long term opens the way “to a new election or a new referendum” and therefore gives the possibility that “it can be renegotiated” with a government that has other approaches. That, in fact, could be the idyllic context for both Brussels and London.

Steinberg, for his part, is not optimistic. “Going into a long extension is risky for the EU”, because the participation of the British in the May elections may encourage anti-European discourse. “UKIP’s campaign would be tough and who knows if it could win. Moreover, if the United Kingdom stays one more year in the Union it can “use its right of veto” for which Council decisions. “This could be seen as a kind of blackmail,” the analyst continues. “For a long extension leading to elections or a new referendum, more certainty is needed, and now there is none,” Steinberg concluded to this newspaper. Second referendum or elections: what if nothing changes? Within the EU there is no clear position. The focus is on the prime minister. “It must be borne in mind that until now all the decisions that the Council has taken on the brexit have been unanimous, and this time it does not seem to be so,” warns from Elcano.

Theresa May can only hear, see and wait. A second referendum, which would be supported by Labour, does not guarantee anything. Pro-European voices are notorious and perhaps this time there would be a higher turnout. The ‘no’ to the exit could be near, but from Brussels they do not want to risk without having certainties. With an election it would be practically the same. It has become clear in the past few weeks that clear political majorities are needed in the UK, something that both May and Corbyn are far from achieving. Going to the polls, as we have seen, can be a solution or an aggravating factor. It is not known whether the remedy or the disease will be better.

Published in BREAKING NEWS and POLITICS