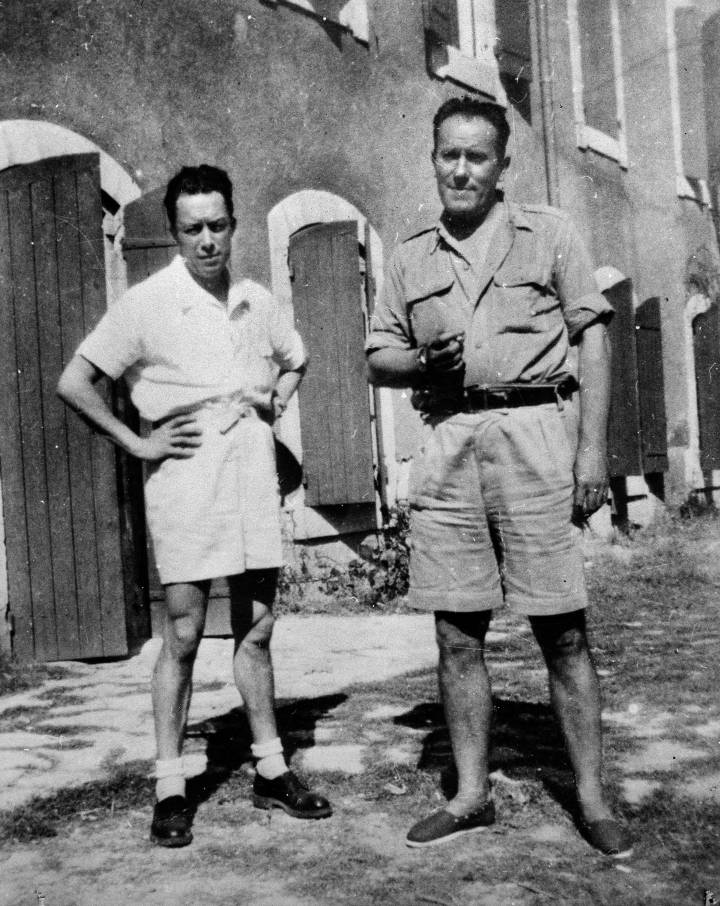 This Saturday in ‘Babelia’, the letters between Camus and Char

Albert Camus and René Char maintained an intense and prolonged friendship for a decade and a half, a relationship that began at the end of the Second World War and only interrupted Camus’ death in a car accident on January 4, 1960. The 192 letters that are now included in the book Correspondencia 1946-1959, published in Spanish by Alfabeto publishing house with a translation by Ana Nuño, a volume to which Babelia dedicates this week its title page with an extensive report by Marc Bassets, are testimony to this friendship.

The correspondence of Camus (1913-1960) and Char (1907-1988) offers a forcibly partial image of a friendship that went beyond the epistolary genre. The essential happened in the cafés and the meals, in the walks by the Provencal field. The letters can now be read as a philological object: a document about two of the greatest writers of the 20th century, the poet of ‘Furor y misterio’, which includes his classic ‘Hojas de Hipnos’, and the author the novels ‘El extranjero’ or ‘La peste’, and the essays ‘El mito de Sísifo’ or ‘El hombre rebelde’. Camus would win the Nobel Prize in 1957; Char hoped to win it in 1982, the year of Gabriel García Márquez.

Babelia also includes this week a review of the most recent criminal chronicle with an analysis of five essential titles of the true crime genre. In the section on literary criticism, works by Aixa de la Cruz, Julian Barnes, Ada Salas, Enrique Criado, Penelope Lively, Kate Millett, Mariano Peyrou and a volume with a sample of contemporary Hispanic ecological poetry are analysed.

EL PAÍS’s cultural supplement also includes an interview with the controversial architect Thom Mayne, winner of the Pritzker Prize in 2005, who remains adamant about his aesthetic principles: “I don’t care if people don’t understand my architecture. It’s for a few.

The Art section recalls the opening 50 years ago of the Calculus Centre of the Complutense University of Madrid, which in the 1960s became the refuge of artists and thinkers who took cybernetics and computing as a place of creative experimentation.

Babelia is completed this week with a meeting with the Basque musician Ruper Ordorika, with Marcos Ordóñez’s critique of the play La dansa de la venjança and with Antonio Muñoz Molina’s traditional column, dedicated this week to New York, the city that Marielle Heller has portrayed like no other in her recent film Can you ever forgive me?