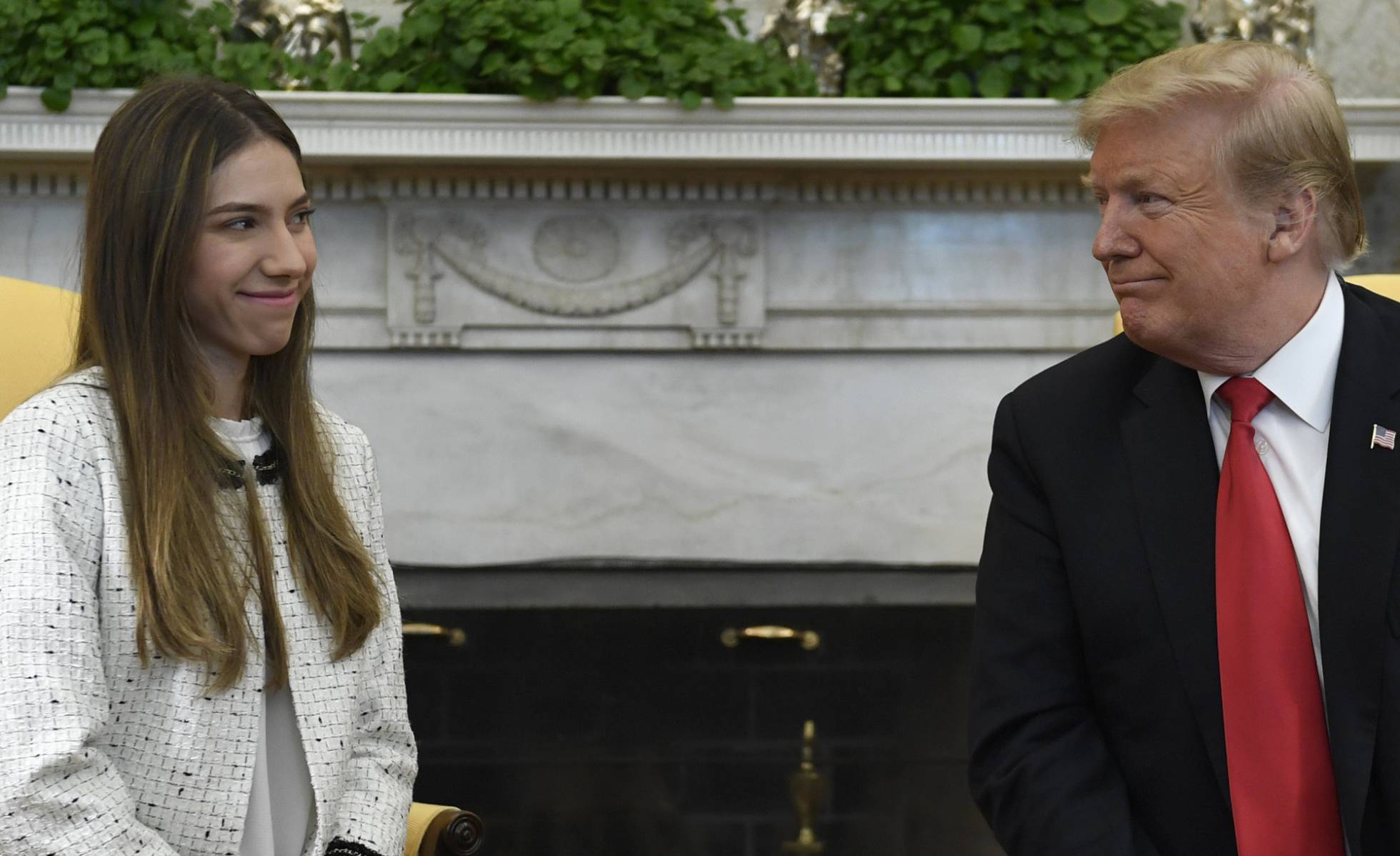 Trump: “Russia has to get out of Venezuela.”

Donald Trump received Fabiana Rosales, Juan Guaidó’s wife, in the Oval Office on Wednesday and underscored his support for the leader of the National Assembly, two months after he was recognized by the United States and half a hundred countries as interim president of Venezuela, with Nicolás Maduro still installed in power. The U.S. president raised the tone of his threats to the chavista regime – “You can’t reach more pressure than you already have, outside the military,” he said – and sent a direct message to Moscow, which has sent military to the Caribbean country: “Russia must leave.

The vice president, Mike Pence, was scheduled to host Rosales’ visit to the White House, but finally Trump also honored Guaidó’s wife, whom he referred to as first lady. “Today I fear for my husband’s life,” Rosales said before the press, highlighting the accusations of “terrorism” against Guaidó’s brother, Gustavo, and the arrest of Roberto Marrero, his right hand. “It is a blow to the closest circle of the president trying to destabilize his struggle,” he added.

As weeks pass in Venezuela, U.S. sanctions multiply – to oil, to gold, to the heart of the Venezuelan economy – diplomatic pressure increases and the country’s crisis worsens, but chavismo remains at the effective command of the government, protected by the army. Now, moreover, it has new Russian military support. The Kremlin, Maduro’s great ally, acknowledged on Tuesday that it has sent “specialists”, who join the deployment of Russian S-300 anti-aircraft batteries in the periphery of Caracas.

The question of what will be the point of rupture by which the Trump Administration would opt for a military intervention does not stop repeating itself in Washington in every press conference, in every interview, as time passes and the political situation deteriorates. The U.S. government assures that it still has room for pressure with sanctions, many of which have not yet been effectively implemented, but this Wednesday Trump sounded harder. “Right now they have a lot of pressure, they don’t have money, they don’t have oil, they don’t have anything. So, we’ll see,” he said. “Outside the military, no more pressure can be reached than they already have,” to insist on the official U.S. slogan in this conflict: “All options are on the table.