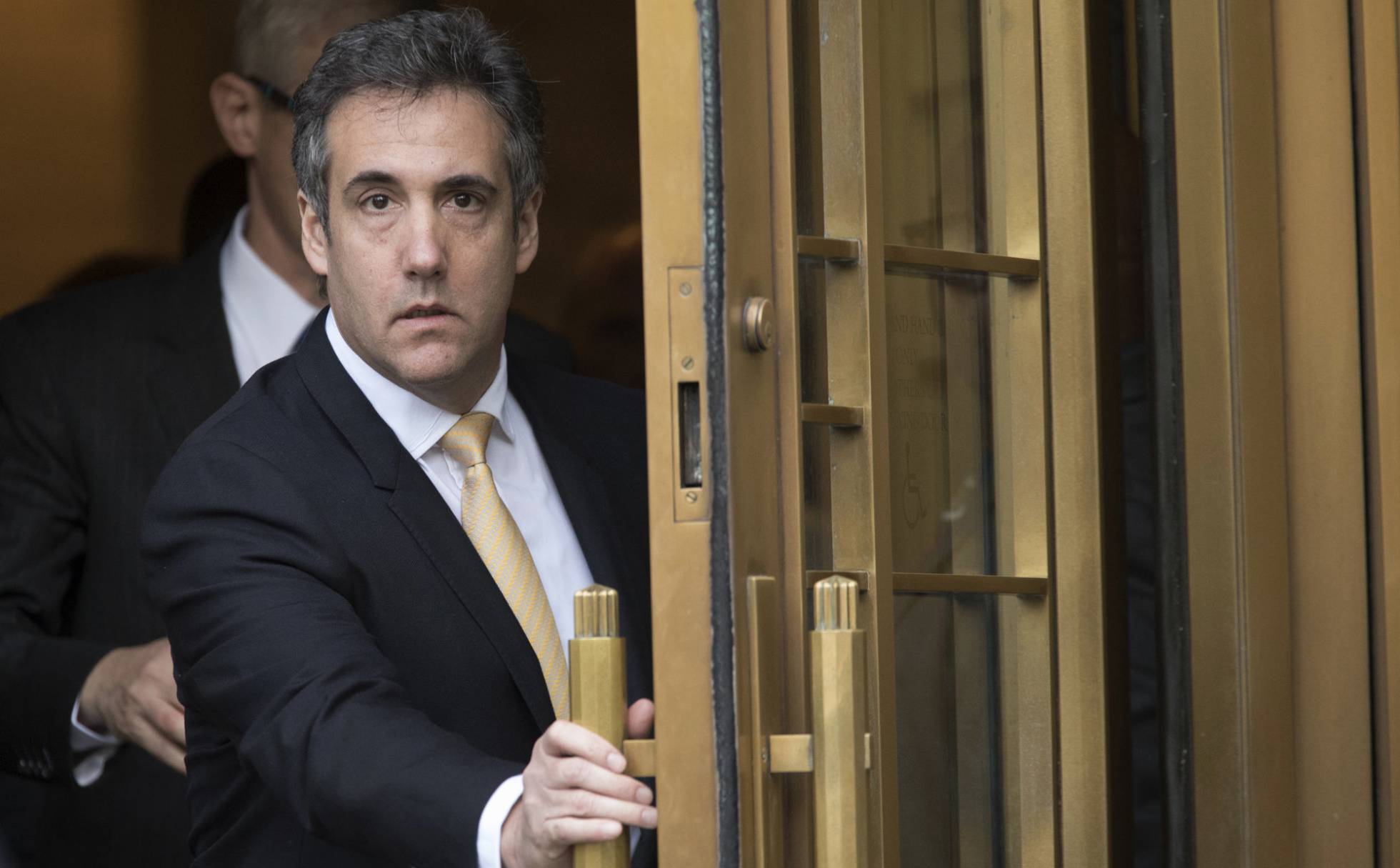 Donald Trump enjoyed Saturday playing golf with singer Kid Rock in Palm Beach (Florida) apparent normality while the head of the Department of Justice, William Barr, shelled the report of the investigation into Russian interference. But the fact that special prosecutor Robert Mueller has not recommended charging more people does not mean the end of the legal problems for the president and his orbit. There are a multitude of fronts that go farther than collusion, focused on their way of doing business, their financial trickery and their conduct.

There are several ongoing federal and state investigations that will take months to resolve. The most relevant are concentrated in New York. Federal prosecutors in the Southern District of Manhattan follow two courses of action and will not take twice to act if the evidence warrants it. The most resounding one stems from the scandal that led his former attorney Michael Cohen to plead guilty to violating campaign finance rules.

But in his recent testimony last month before Congress, the “solver” said he knew of other cases of misconduct by his former boss. He did not go into detail because he explained that the investigation was still ongoing, citing a contact he had with the president’s environment shortly after the FBI search of his residence and office a year ago.

In any case, it is difficult to know at this time what route this particular legal front has. Hours before the conclusion of the two-year investigation led by Robert Mueller was announced, there was news that Robert Khuzami, the prosecutor who led the case, was leaving his post. That could be an indication of a change of course or dismantling.

Inauguration
The other penal route in New York refers to the committee created to finance the inauguration ceremony of its presidency in 2017. A total of $107 million was raised. The issue is whether laws were violated by raising money from foreign individuals or entities. At the same time, it seeks to clarify whether donors received any favors for their contributions.

The White House insists that Donald Trump did not participate in the operations to celebrate his election and in turn question Michael Cohen’s credibility as a cooperant. The president, moreover, is immune from any criminal action. If prosecutors have evidence to prove the crime, they would have to wait for him to leave office. The legal limit is five years. It is not clear whether if he were re-elected in 2020 he could be suspended for the duration of his presidency.

Financial Trapicheos
The new attorney general of the State of New York, Letitia James, has just started an investigation taking advantage of the statements made by Michael Cohen in the Conngress explaining that Donald Trump exaggerated his fortune to obtain loans from Deutsche Bank to finance four large real estate projects. The ex-lawyer also cited the unsuccessful bid by the Buffalo Bills football team.

The New York financial regulator is trying, in parallel, to determine whether Trump’s company gave false information to insurance companies about the value of their properties, specifically a golf course in the suburbs of New York. Thus, as his former lawyer said, he wanted to pay less for the policies. Cohen said he is in constant contact with the prosecutors involved in all of these investigations.

Family
James inherited the lawsuit against Trump and his family for using his foundation as an extension of his business and campaigning. It was agreed that the charity would be dismantled. He also ordered an investigation into the Trump family’s tax schemes during the 1990s. In this case it could be resolved with a fine.

Always in New York, charges were filed against the Russian lawyer who in June 2016 met with Donald Trump Jr, the president’s eldest son, and those responsible for the campaign to provide information that could harm the Democrats and their rival Hillary Clinton. Natalia Veselnitskaya was charged with obstruction in another case not related to the Russian plot, but which revealed how close she was to the Kremlin.

Disinformation
In Washington, the Republican political consultant and friend of President Roger Stone was charged. He is accused of obstruction, witness tampering, and false testimony to Congress in connection with his work as an intermediary between the Trump campaign and WikiLeaks. The case, which stems from Robert Mueller’s investigation, may go to trial at the end of the year. Stone pleaded not guilty.

Without abandoning the framework to interfere in the elections in favor of Trump and related to WikiLeaks, the founder of the portal is investigated for distributing material stolen by Russian intelligence. There are court documents on another case suggesting that the Department of Justice may be preparing charges against Julian Assange. But it’s not clear.

Also in the District of Columbia is the case of Concord Management and Consulting, a Russian company linked to disinformation activities through social networks in elections. The documents reveal contacts with Trump campaign associates. And in a parallel case, Russian conspirator Maria Butina, who tried to infiltrate conservative organizations, pleaded guilty to conspiracy.

Associates
In the East Virginia district, two former associates of former national security advisor Michael Flynn were charged with acting as agents of the Turkish government. The Lieutenant General, who advised the campaign on international policy issues, pleaded guilty to cheating investigators and cooperating intensively. He awaits sentencing.

All of these fronts can pose an even greater threat than investigating the Russian plot to anyone in the president’s circle. Trump consistently rejects accusations against his person, associates and businesses as politically motivated. At the beginning of months he said that it was a “harassment of the presidency”.

Published in ECONOMICS and POLITICS