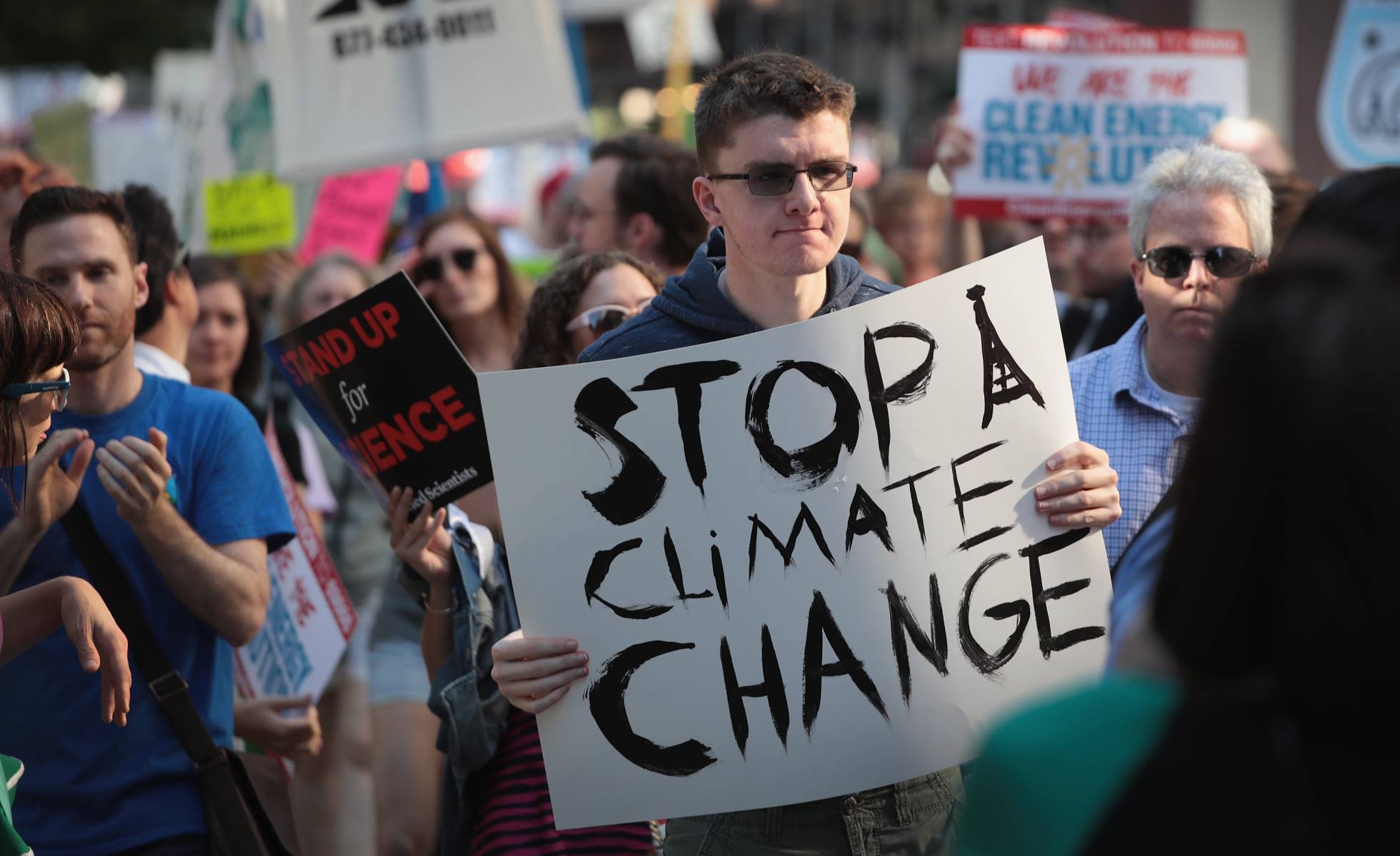 U.S. Students Take to the Streets Their Leadership in Youth’s Fight Against Climate Change

U.S. youth are ready to make massive street debut against climate change. Five teenagers between the ages of 12 and 17 are the founders of the Youth Climate Strike, a movement that this Friday has organized nearly 400 marches across the country. The momentum of the students is dragged along by the Juliana case against the United States of America. This is the lawsuit filed by 21 young people against the U.S. government for failing to protect them from the damage caused by the use of fossil fuels, even though they knew the catastrophic consequences. A legislative milestone in American history. A hearing will be held in June to allow the parties to present their arguments after a series of delays caused by the Donald Trump Administration.

In 1988, in a prophetic appearance, scientist James Hansen warned the U.S. Congress that an increase in carbon dioxide emissions could change the planet’s climate to a point of no return. The Administration at the time did not take the necessary steps to curb the damage. Three decades later, the country’s 50 states have higher temperatures, hurricanes and storms are more intense, many species are endangered, and sea ice is melting. Sophie Kivlehan, Hansen’s granddaughter, hopes that this time the government action will be significant. The inherited struggle has led Kivlehan to become one of the students (between 11 and 19 years old) who are suing the government.

Juliana v. United States of America (by the surname of one of the young women) “is not an ordinary lawsuit,” Oregon Court Judge Ann Aiken acknowledged a year ago when she rejected a motion from the Trump Administration to dismiss the injunction. Julia Olson, the attorney representing the plaintiffs, has been working on the construction of the case for eight years. She wants to prove that for half a century now all presidents who have passed through the White House have been warned about the cataphorealistic consequences of burning fossil fuels in the climate. It has 36,000 pages of evidence. In 2015, twenty young people took the case to court, alleging – through personal experiences – that the government contributes to climate change, endangering their future and violating their constitutional rights to life, liberty and property.

What was initially seen as an unsustainable cause has grown stronger over time, with the Supreme Court circumventing two motions to dismiss it. In the court hearings held so far, the Department of Justice has described the lawsuit as erroneous, unconstitutional, and unprecedented. The only thing they know at the moment is that they are right on the last point. This is the most important legal battle against climate change in U.S. history. The Administration argues that energy policy is the legal responsibility of Congress and the White House, not a single judge in Oregon. And while they now recognize the existence of climate change, they argue that it is “a complicated global problem” that was not caused and cannot be solved by the U.S. government alone.

Attorney Olson doesn’t hold Washington responsible for everything. Only 25% of the atmospheric carbon dioxide, which has accumulated, she explains in a recent interview on the 60 Minutes program, because of the decisions they have made to subsidize the fossil-fuel-based energy system. “We are now the largest producer of oil and gas in the world because of the decisions our federal government has made,” he says. One of the pillars of his argument is that public land has been used to extract this type of fuel. “The Government must manage these resources as a trustee for present citizens and future generations. If it is proven that the government with its actions has substantially altered the atmosphere and the climate system, it would have violated that public trust it owes to the citizens,” Mary Wood, professor at the University of Oregon and renowned expert in environmental law, told EL PAÍS.