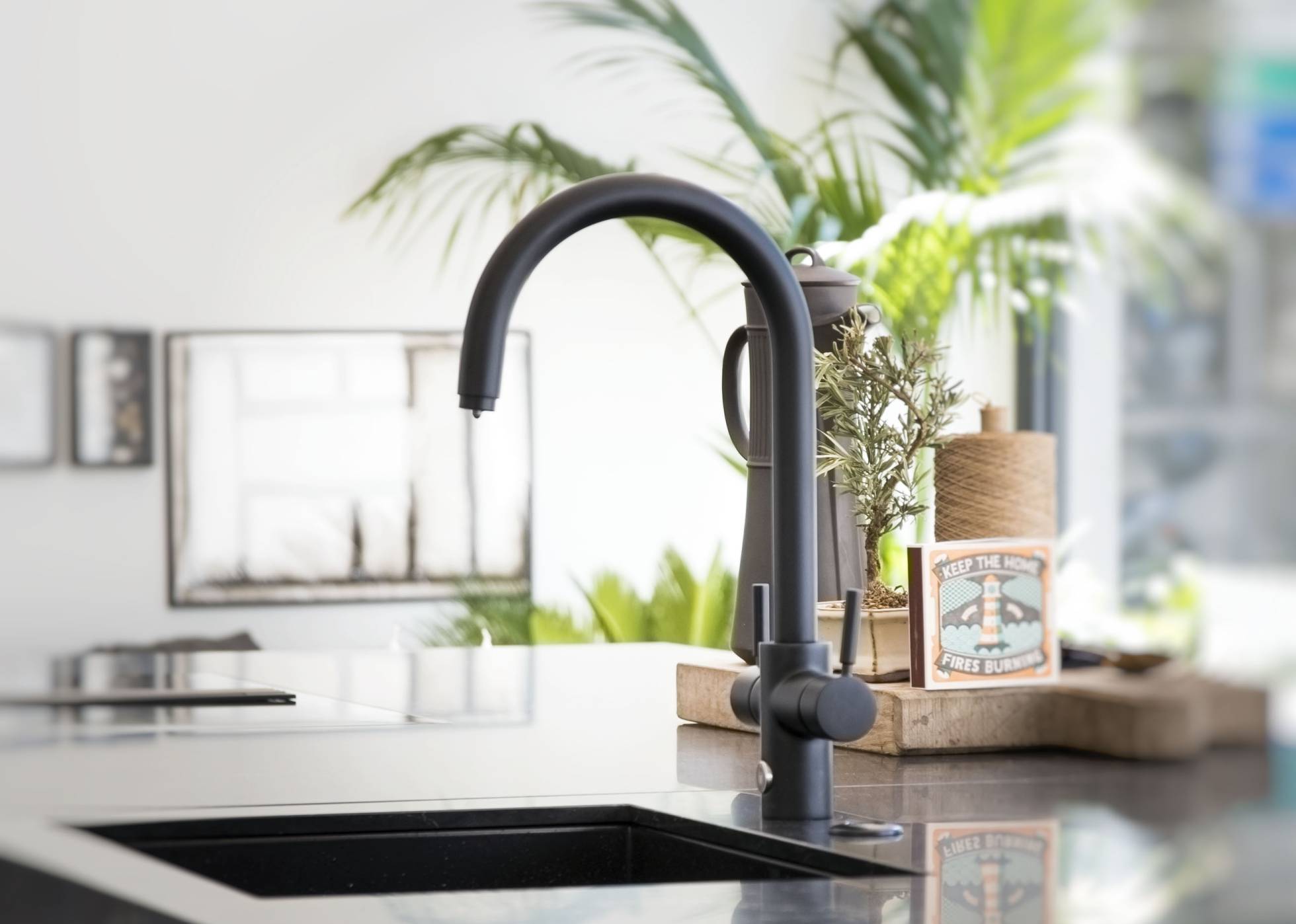 What if you didn’t have to wait for hot water to come out?

Among the great advances of humanity there is always one that has gone unnoticed. And that is called injustice. Because being able to throw garbage into the kitchen sink, that the bones of a chicken thigh disintegrate through the pipe into very fine particles, and everything ends up in the sewage treatment plant as if nothing, is important for the planet: it reduces waste in the landfill and the emission of methane gas. But it also avoids the discussion of “let’s see who gets the trash tonight. And that has another name: commitment to social welfare.

It was taken over by the U.S. firm InSinkErator when it developed the first waste disposer in history, 80 years ago, and continues to do so now with its new generation of 4N1 Touch kitchen faucets, which also adds to the commitment to sustainability and care for the environment, something we celebrate not only on World Water Day.

Until now, the only way to save water at home was with great awareness and perhaps with the help of some external device that could be added to the faucet. With a surname more like a smartphone than a faucet, the 4N1 Touch is an example of innovation that puts us on the path to the most efficient kitchens, and proof that design is not just about doing nice things, it has (and must have) the tools to solve today’s problems.

Cutting the waste of water for the sake of health
Perhaps its most striking contribution is the digital thermostat that allows water to flow directly at a boiling temperature between 89 and 98 degrees. Enough so that a cup of tea doesn’t have to be spinning in the microwave. And to boil the egg, rice and macaroni that will go in the tupper on Monday (and Tuesday, Wednesday, Thursday and Friday, most likely).

Don’t let this lead to confusion: it’s not just about comfort. It is a new way for kitchens, at the end of the day, to be sustainable from their taps, something much more important than you might think, since 19% of a household’s water expenditure is produced in the kitchen, according to data from the Aquae Foundation. It has not yet been calculated how much this device can save, but its design is designed to reduce spending in the situations in which it is most wasted. Not just when you wait for the water to come out hot, which is what the device’s digital thermostat would solve.

It also prevents the cold water from running while doing tasks such as lathering a dish, thanks to a button that accompanies the dispenser from the worktop and operates a 30-second jet, which ensures that the right and necessary amount of liquid is used. And its safety lever allows the tap to be blocked once it has been used, which prevents the small but constant dripping that sometimes wastes water by carelessness.

Finally, it has a built-in filter that eliminates any trace of impurities, which will avoid, in many homes, the use of plastic mineral water bottles.

There are three different models, in the shape of L, U or J, with an elegant one-piece design, finished in brushed steel and chrome or black velvet. Whichever option you choose, they are all made in Italy. And there they have already given them the blessing: they won the Archiproducts Design Awards 2018 in the kitchen category, the same night as the designers Jaime Hayón -with his red rattan chair-, Lucidi Pevere -with his collection of seats and garden pouf Brioni-, or Marc Sadler -with Cuba, his stackable garden chair made of polypropylene – went on stage to pick up their statuette.