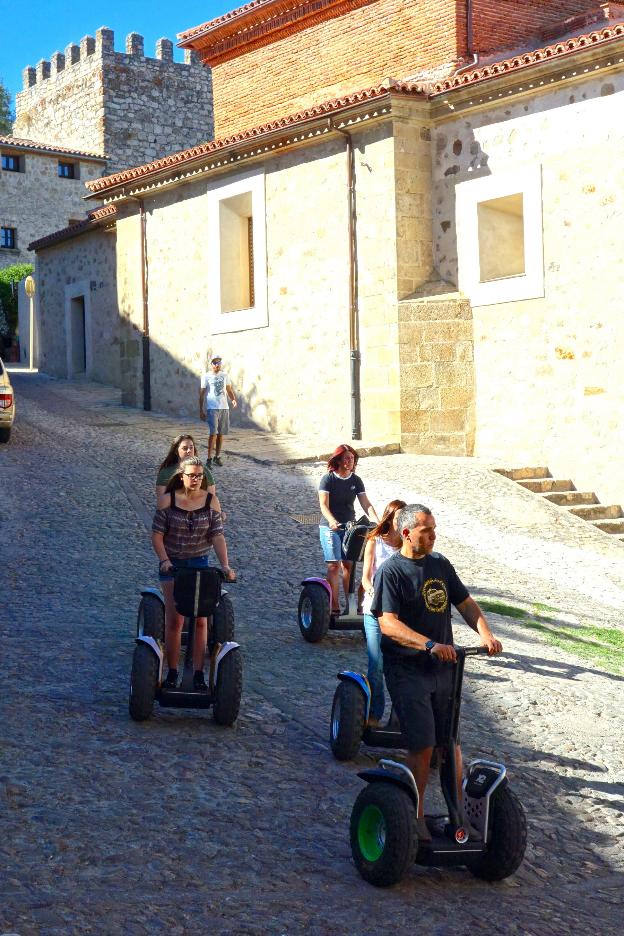 In all the cities where I have written, I have published the same report: the town hall decides to pedestrianise a street or a square, the shopkeepers in the area rise up, the neighbours complain about the works and after a year, everyone is happy because pedestrianisation has brought them advantages and comfort. In addition, the mayors, whether they were from Santiago de Compostela or Cáceres, won the municipal elections despite the fact that the opposition, the doomsayers and those resistant to change, which in provinces are usually almost all, predicted an electoral debacle for the reckless mayor who pedestrianised without taking into account the happiness of shopkeepers, neighbours and citizens in general.

A recent Ipsos poll says that two out of three Spaniards are in favor of restricting traffic in downtown. The work data show curious results such as that the voters of PSOE (76%) and Unidos Podemos (73%) mainly support pedestrianization, while those of Ciudadanos (61%) and PP (52%), although they also support it, do so in a more lukewarm manner. Another fact to interpret is that the least convinced of pedestrianization are the Spaniards between 30 and 39 years old: 47% are opposed, although the majority are still in favor.

I don’t understand that if you’re on the right you don’t like walking through streets without cars as much as if you’re on the left. Maybe being 30 years old has to do with the fact that at that age is when you flip out the most with cars or you have children and you want to take them to the door of everything. I don’t know. The only thing clear is that pedestrianization likes and it is irreversible that the center of cities is a space for pedestrians and not for drivers.

Another thing is that you get lucky and you get a brave mayor or not. In Cáceres, there were mayors who, having the pedestrianization of the old part about to take place, backed down because the night before making the decision they received a threatening call from a representative of the living forces. In my city, the mayors have not been very brave in pedestrianising and it took years to prohibit car access to the old part. Not to mention the parking lot in the Plaza Mayor, which scandalized tourists for years until they decided to close it to traffic when it was already a shame to have that sacred place full of cars.

A city with a brave madatario is Pontevedra. Its mayor since 1999 is Miguel Anxo Fernández Lores, a militant of the BNG, that is, a nationalist and left-wing party. His most outstanding policy has been the total pedestrianization of the urban center, together with a beautification of the squares and streets. Pontevedra has received international prizes for urbanism, it is used as an example in congresses and the visits of teams of urban planners from all over the world are constant.

The people of Pontevedra, who are the same as the people of Cáceres or emeritenses, are proud of their walkable city, tourists fall in love with the old town, once ugly and full of cars and now pleasant and peaceful, and the radical nationalist mayor wins election after election in a conservative city that votes to the right always except when one has to vote for the mayor who pedestrianised.

Last Friday, it was very good weather and half Cáceres was on the street. Pablo Milanés sang in the Gran Teatro and the agglomeration in Calle San Antón was apotheosis. The walkers had to throw themselves to the asphalt with great danger and until Gracia Querejeta, the director of cinema, descended from Cánovas making an effort to avoid pedestrians without leaving the sidewalk. In short, a nonsense that seems to have no remedy or that will only occur when an accident occurs.

San Antón de Cáceres street will end up being a pedestrian street and, like the old town of Trujillo, a day will come when tourists and natives will make crosses remembering the distant and irrational time when San Antón and the monumental trujillana almond were not pedestrian. And don’t forget the infallible maxim: whoever pedestrianizes wins.

Published in ENTERTAINMENT and LEWISHAM