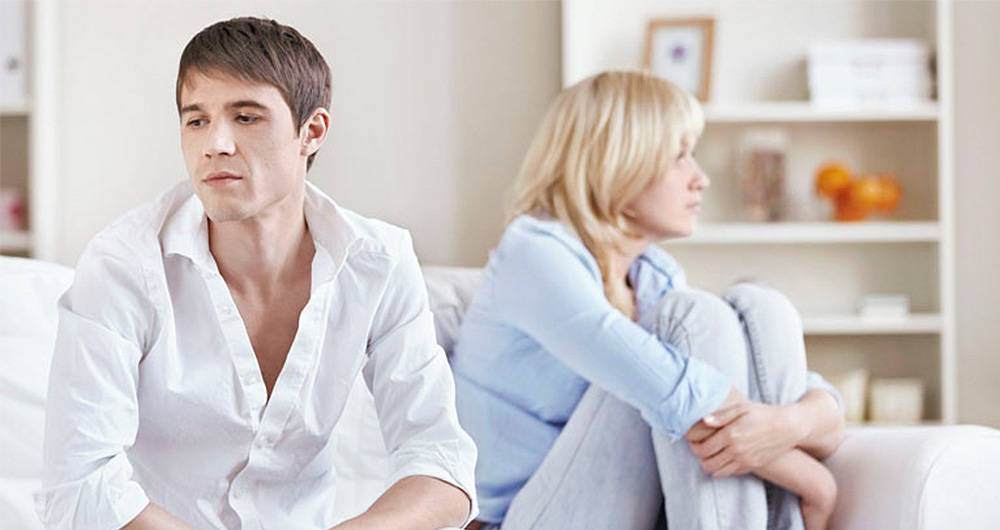 Why do relationships break up even when there’s so much love?

The world is full of broken hearts, which go through life without finding the answer to the greatest human question: Why do I suffer even when I try to be the best I can and to love the best I know?

Carl Gustav Jung, a leading 20th-century psychologist and psychiatrist, said: “Once you have done all you could do, there is still what you could do; if you knew about it, but how much do you know about yourself? Until the unconscious becomes conscious, the subconscious will continue to direct your life, and you will call it destiny.

Think for a moment about those relationships where you feel you have given your best and yet things didn’t turn out as you expected. Remember those moments of intense love, of surrender, of promises felt in the depths of your heart, which were later diluted in time, leaving you alone and perplexed.

Because sometimes you do the evil you do not want, instead of doing the good you want? I then return to Jung’s thought: “What you deny you submit to, what you accept transforms.

It is fundamental, in this sense, to understand the theory of the shadow in the human being, that comes being like a species of “dissociated secondary personality”. According to Jung the term ‘dissociated’ refers to something that is divided or separated from its initial state.

The latest scientific studies show that the mental health situation is critical and is increasing, socioeconomic pressure, stress, genetics, among other factors, are being definitive in the psychoemotional chaos that is living humanity.

The shadow manifests itself in his being since his childhood, through his parents, who leave him this inheritance through the modeling or the example they have given him. You build yourself as being by what you have inherited and learned, but in the end you become what you decide to be, from the freedom that lives in your spiritual dimension.

The shadow, in this specific case to which I refer, is the evil that cohabits and battles with the good within you.

It is that part of your personality which you know and at the same time detest, but which comes to have so much power, so much so, that without you being aware of it you can destroy your closest relationships and affections.

It is like a wild beast which dwells within you and which you yourself fear and despise, no one knows and fears that beast more than yourself.

Fear is the food that nourishes this beast, that hides behind its preconditions, its most hidden secrets, frustrations and everything that makes you ashamed of yourself, that which you do not want to show.

In the literary work The Portrait of Dorian Grey it is evident how he intended to show only his beauty, only the luminosity of his personality, his charms and talents, in order to please the world and seek its approval.

With time his shadows, his character defects, began to dominate his personality. Dorian had himself painted a painting through which he intended to show the world only its beauty, but when time begins to pass, the painting symbolically in history begins to show how frightening Dorian was in the occult as well.

Dorian then does not resist to see his shadows and to recognize what was horrible of him in the painting and dominated by the anger that this produced begins to destroy him.

Do you recognize anything of his in this story?

Dare to ask the one you love, to describe it with its defects and virtues, wise is the one who hears even that which hurts you.

Take a distance from that relationship that hurts you so much, that you would like it to be different, review the wounds that are still active from the events and from the lived history. Are you willing to recognize your responsibility?

Taking stock of your shadows and their manifestation is one of the most painful spiritual exercises. We are in most cases washing our hands and blaming others for our unhappiness. How could you subdue or bind your shadow, so that it does not go out to wreak more havoc on your life?

The first step is to recognize them; the second step is to look at them face to face, as if looking at a fierce beast; the third is to sit down to dialogue with them to understand where they were born and what fear they hide.

You must face and dominate this beast, every human being has to face its shadows, you can not avoid facing it, because sooner or later will pass the emotional bill.

Self-knowledge must be integral, even when you do not want to see what you do not like about yourself, even when the people closest to you sometimes hurt you by letting you see that it is those shadows that break and hurt the heart of those you love most.

Why did you abandon me? Why did you leave my side? Why don’t you love me like before? Why do you change me for someone else, if you swore that you would always love me? Why don’t I get my job stability? Why can’t I get any relationship to set me up? Because every day I’m more alone? Why if I’m so good, if I give so much, if I give so much for others, because they pay me so badly?

All these questions put you in the position of a paralyzing and somewhat irresponsible victim.

Reaching emotional maturity requires taking responsibility for your wounds, your pains, your failures and your own desolation.

Tripping over the same stone again is indicating that you have not recognized your shadows, but instead have focused on pointing out the shadows of others.

When you discover this shadow, you will feel great pain, perhaps you will have a great catharsis, and you will feel ashamed to recognize the dark that lives inside you and is part of you.

Great mystics such as Saint John of the Cross spent the dark night of the soul. Saint Teresa of Avila wrote one of the most valuable mystical treatises in history in 1570. In it she speaks to us in the 7 dwellings of her inner Castle, she refers to poisonous animals and vermin, all these expressions of ancient literature have to do with the shadow of the human being, who has always broken our soul.

The soul generally lives in constant tribulation, because living among poisonous things it is impossible for it to live without biting or without being bitten,

When we embark on this journey to our inner castle and seek self-knowledge, all those defects of character that we do not recognize because of lack of humility and discernment, slip through our fingers.

For this reason a lawyer said: “a soul without reflection is like a crippled body, that although it has feet and hands, it cannot handle them, because they remain paralyzed”.

Few are the people who embark on this journey towards plenitude, you will not be able to reach your inner freedom, if you live escaping from your shadows. How many parents believe that everything is their children’s fault? How many children blame everything on their parents? and thus couples, brothers, friends, colleagues.

The ego is the shell that envelops that shadow that is so difficult to repress or dominate. His soul goes through sacred steps to reach emotional maturity, his heart cracks when the pain breaks it, it is then when it is ready as plowed land to be sown. Your soul will reach its transformation when you sit down to converse with your shadow, look at it head-on and subdue it.

Begin to come out of your shadow into the light and you will understand that in the full light all shadow and apparent darkness disappears, thus your relationships will be restored.